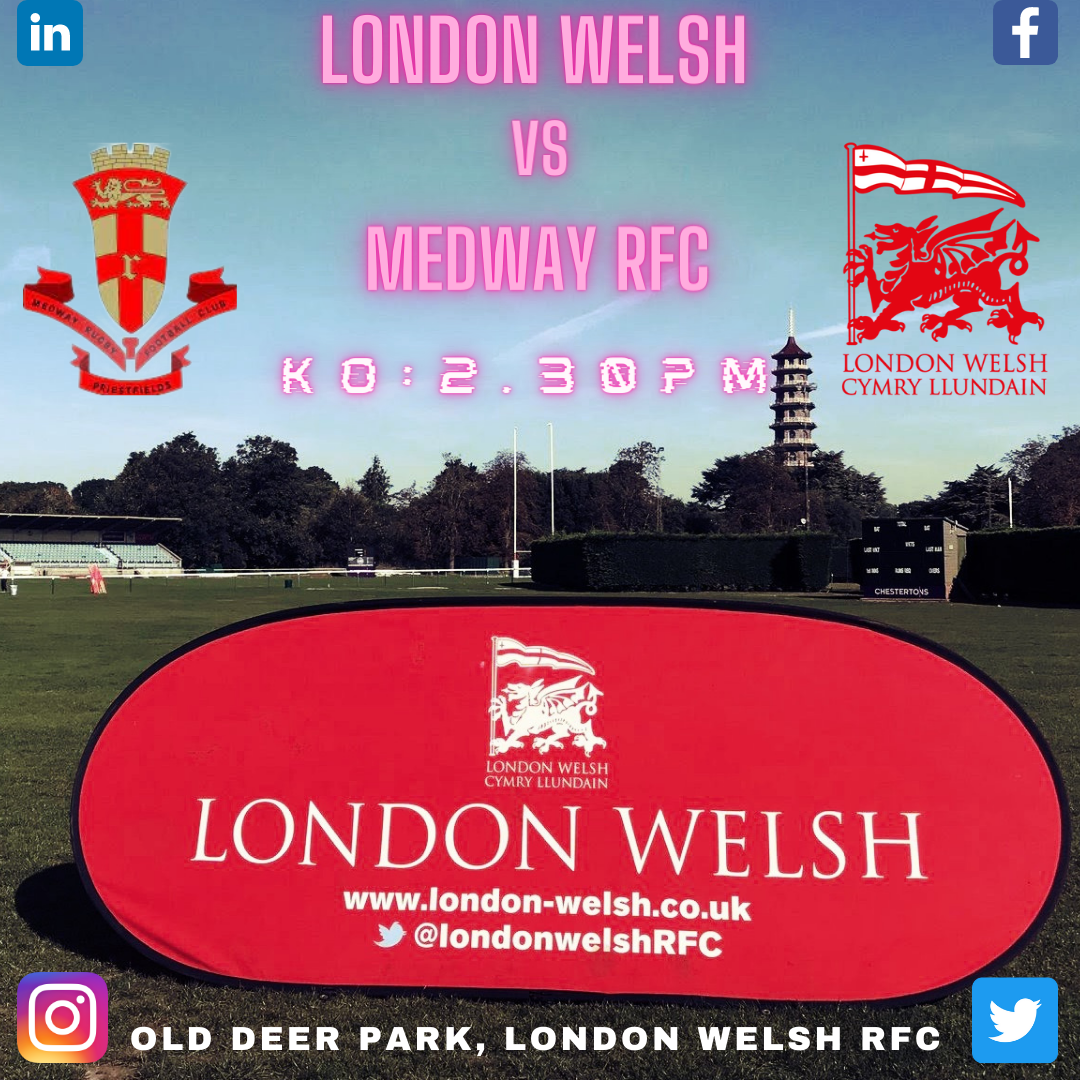 Well, just six games remain in the 2021/22 season and the next two Saturdays bring tough tests that will no doubt determine the final order of the the top three teams. Welsh have not played since 12 February and have had the welcome distraction of the Wales v England gala weekend at London Welsh to fill that void; a weekend that welcomed 2,500 people to Old Deer Park over the two day event.

First up on return to business, a visit to Medway’s Priestfields Recreation Ground, just outside Rochester, where a warm welcome awaits. The fixture at ODP back in November was a seven try thriller with Welsh taking a 19-3 lead into half time and a tighter second half giving a full time score of 33-16.  Sion Cowdy crossed twice with Tom Williams, Matt Williams and Andy Black adding one each. Lloyd Davies converted four out of five.

Medway come into this game, like London Welsh, having lost just two games this season. The other defeat was also on the road and against current league leaders Camberley. They have scored just under 600 points this season, 43 fewer than London Welsh, and our two clubs have an identical points against record but are five league points behind Welsh having picked up just 11 bonus points from their 18 victories.  Medway have had a couple of close calls during the season with narrow wins over Hammersmith & Fulham (26-22) and London Irish (24-25) keeping them in the hunt for the league title.

The top of the league table is distorted by London Welsh and Medway both having a game in hand over Camberley and trailing them by four and nine points respectively. Camberley will expect comfortable wins against Cobham this Saturday and then London Irish and KCS in the following two rounds. It could all be down to their final pair of fixtures when they travel to Medway and then host Hammersmith & Fulham, our visitors to ODP next weekend.

Thirty players have now added their name to the try scorer list for London Welsh in this campaign and the battle to finish at the top remains as competitive as the league itself! Peschisolido leads the way with nine tries but Buncle and Hunt are hot on his heals with six each. Trailing them by just one are Black, Butler and Cowdy. McAvoy’s two tries, 38 conversions and 10 penalties make him the highest points scorer with a personal tally of 116.

In terms of personnel, the squad will miss Jack Burnett at hooker this weekend whi having soent 2 months on the sidleslines returned against KCS only to break his hand! Sion Cowdy also continues to miss out as he recovers from ankle ligament damage. Adam Nixon and Tom Williams are also on the sidelines. However, Club Captain and Ireland u20 Chris Lilly came through Round 19 unscathed and will be in contention, along with return to fitness and availability for former Premiership man Ben West, star centre Matt Pollen and out wide danger man Tom Hunt; all return for Round 20 alongside destructive number 8 Jack Anderson. Also in the selection mix following injury will be Andy May, Jag Mahal and Wales u20 Rhys Howells.

With such competition in the squad selection will no doubt prove to be difficult once again!

Kick off on Saturday is at 3pm.

If you can’t make it to Kent then pop down to ODP where our Druids team will be taking on Maidenhead 2s. Kick off for this game will be 2.30pm 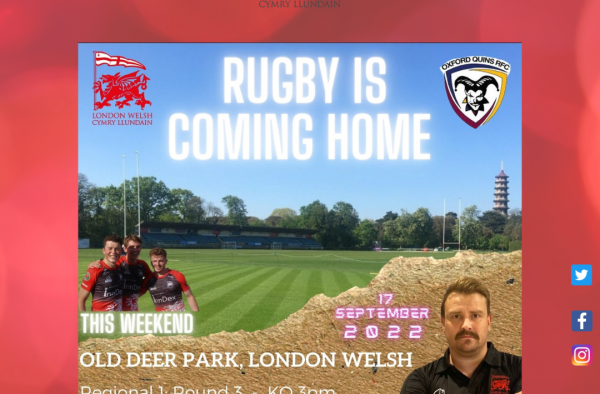 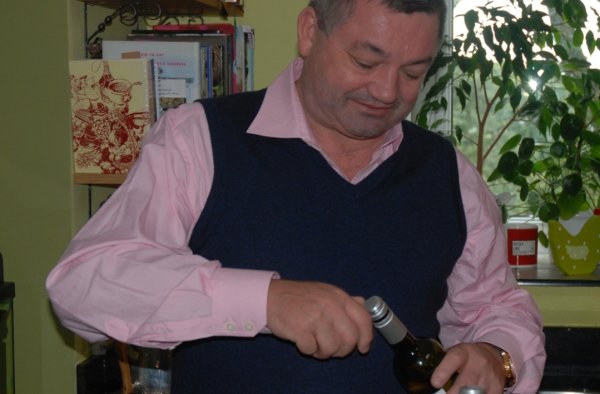 London Welsh Rugby Club are saddened to hear of the death of one of its most loyal supporters, Patrice…