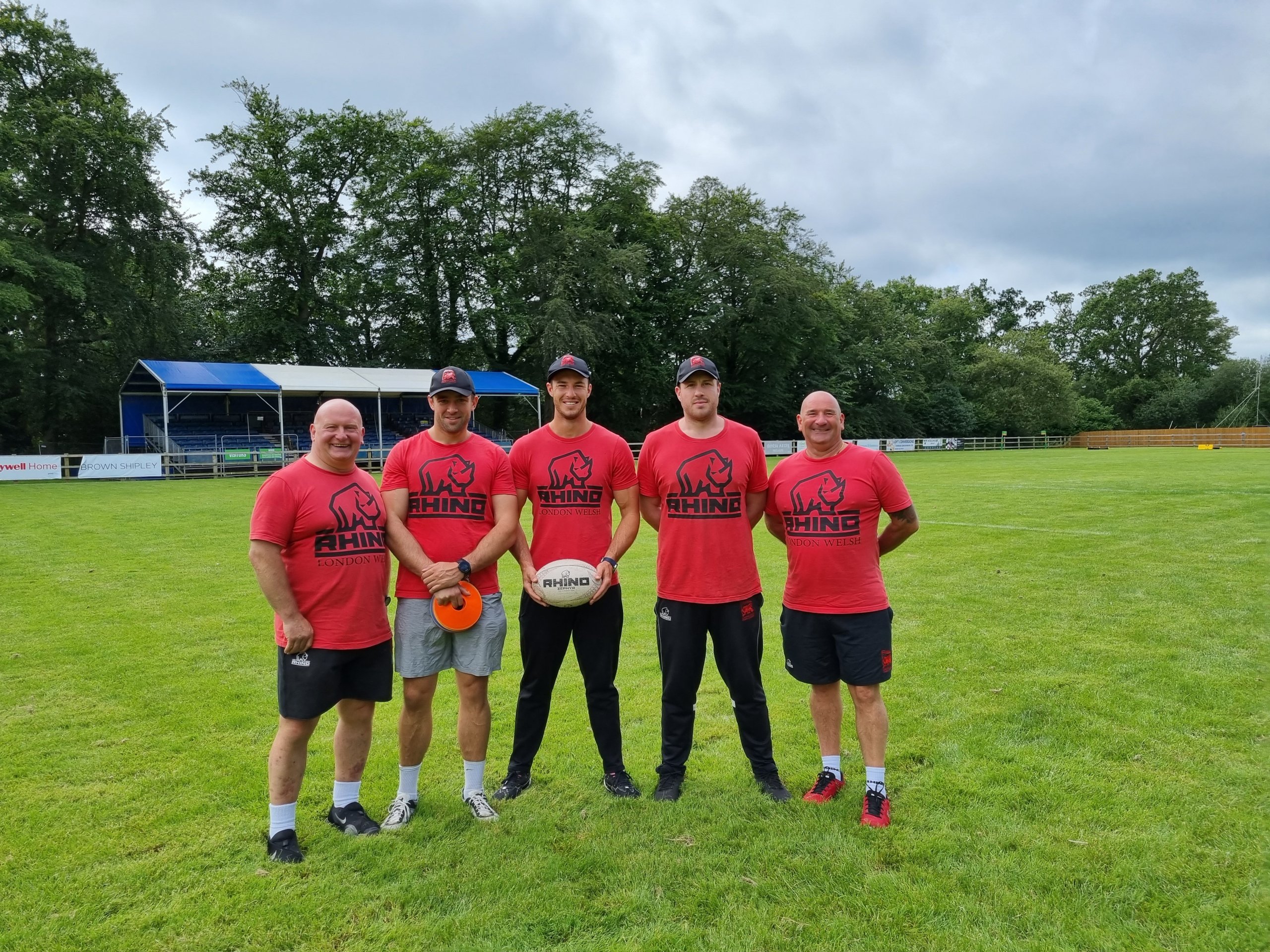 Welsh bring back two wins from Bracknell in preseason opener

In addition, Bracknell had already dusted off the cobwebs with a first preseason fixture the previous week, which they won comfortably by 40 points.

However, it was Welsh that started very strongly taking it to Bracknell from the outset. The pack were very strong in opening exchanges and this indeed was a theme that continued throughout the game as Welsh dominated upfront.

The first try of the 21/22 season came within 5 minutes as James Buncle bowled over from close range as Bracknell found sustained pressure from the Welsh pack too hot to handle; a try on debut from the big Norwegian international. Osian McAvoy (also on debut and formerly of National 1 side RAMS ) added the conversion for a Welsh 7-0 lead.

The lively crowd of around 250 did not have to wait long for a second Welsh try. On 12 minutes, after constant pressure and with Welsh camped in the Bracknell half, a great line from Andrew Doctor (on debut) saw the powerful centre break through several tackles to dot down under the posts. There was some excellent footwork and skill from both backs and forwards in the build up, particularly from Jack Burnett at hooker. McAvoy added the extras for a 14-0 Welsh lead.

Welsh remained in the ascendancy for the remainder of the shortened half spending the vast majority of the period in the Bracknell 22. However, Welsh looked rusty (to be expected given the 18 month interlude and the number of new combinations) and numerous opportunities went uncompleted, often the final pass not quite clicking.

There was a further score for Welsh just before the break: a slick move across the backline with good work from Jacob Butler (debut) and Elis Staines in the build up, before Paolo Peschisolido (debut) was set free on the wing. The diminutive winger showed quick feet to round his man and finish in the corner from 20 meters out. The conversion was missed and Welsh led 19-0 at the half.

The second half was not to be as profitable for Welsh, the warm weather, a number of changes and a sin binning all brought the game back to a much closer affair than the  half time score would have suggested.

The first 5 minutes of the half saw the entire front row replaced, with crowd favouite Andy Black entering the fray along with Chris Carter – Leno at hooker and the Oliver Fulljames (both on debut). However, on 51 minutes the otherwise very solid performance from the pack was hampered by a yellow card for Jack Anderson (on debut having arrived as part of our new Swansea University partnership), for a misdemeanor in the ‘Red zone’.

The sin bin was costly, as welsh shipped 12 points whilst down to 14 men. The extra match fitness that Bracknell had acquired from their previous week’s encounter also began to show with Welsh tiring in the final 10 minutes.

Bracknell came into the game and showed some excellent rugby of their own, particularly in the back line with a well crafted second try from the Bracknell 14 making the final 5 minutes closer than the coaching team would have liked. The final score stayed at 19-12 as Welsh got the season underway with a win. Great performances on the day from a number of players with captain for the day Tom Baldwin taking the man of the match award from the second row. The returning Ben West (rejoining the club this summer from Ealing Trailfinders and playing his first game for Welsh since the Premiership and Championship campaigns of 2015 and 2016) was a stand out figure, both lively with the ball in hand and commanding in the loose, bringing a wealth of premiership experience to bear. Ben Watts (debut) was impressive in the second row, as was Andy Doctor in the centre and the ever present Mr. Reliable Rohan Pixley in the back row. With a number of players missing from selection, competition promises to be high across the squad.

The druids 2nd XV put in an excellent display to outclass their opposition with some fantastic running rugby. The team also had a large number of debutants, as well as some first XV regulars from the 19/20 season very much out to impress. In a crushing 35-12 victory, special mentions go to: Tan Chabata the Druids man of the match, and a product of the London Welsh Academy who has recently returned to the squad after being part of the Loughborugh University squad, was superb. Tan was outstanding for the druids and scored the try of the day romping home from 40 meters out from the back row. Excellent games also from Ewan Gully (another Swansea University partnership player) and Iwan Humphreys in the centres, many people putting their hands up for selection in the coming weeks.

In all it was an excellent day on the field after such a long time away from the game that we all love so much. The Two games, following the first 9 weeks of preseason, will progress the squad into the next phase of preparation as DoR Cai Griffiths builds towards another league promotion campaign. There will be lots of things to work on as the squad return to training this week and to take into next weekends fixture at Brighton and the culmination of preseason the following week with the mouth watering encounter against Cardiff at the arms park.

With a number of players now coming back into the squad for selection we look forward to seeing different combinations over the coming weeks.

It was excellent to see the squad back together socially and the day was finished off with an all squad social, a beer and cocktail cruise down the Thames that was enjoyed by the players and club officials late into the evening.

We look forward to seeing many of you with us next week at Brighton for the second installment of preseason fixtures, 3pm KO at Waterhall Road, Brighton. 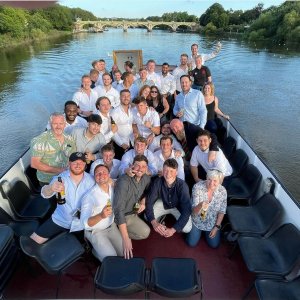 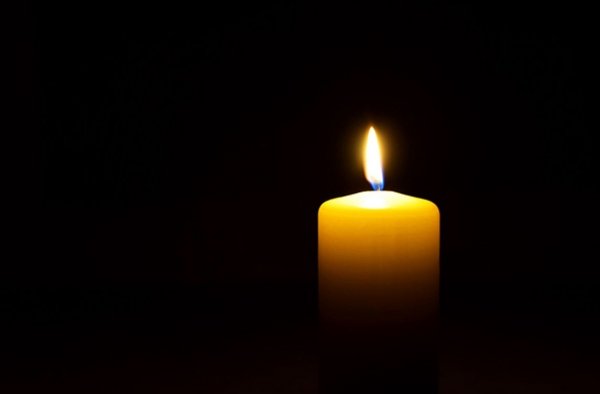 Members will be sorry to learn of the death of Hugh Thomas last Sunday 29th November aged 83. Hugh,… 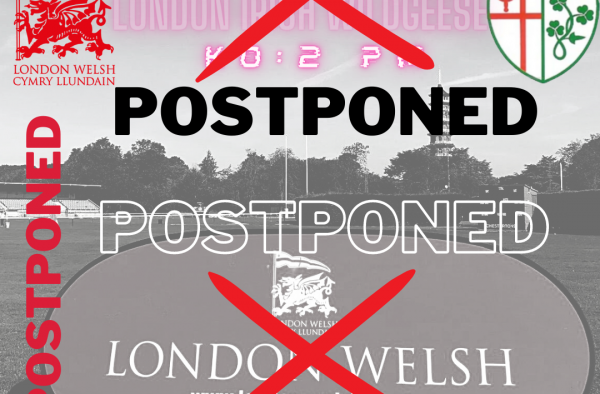