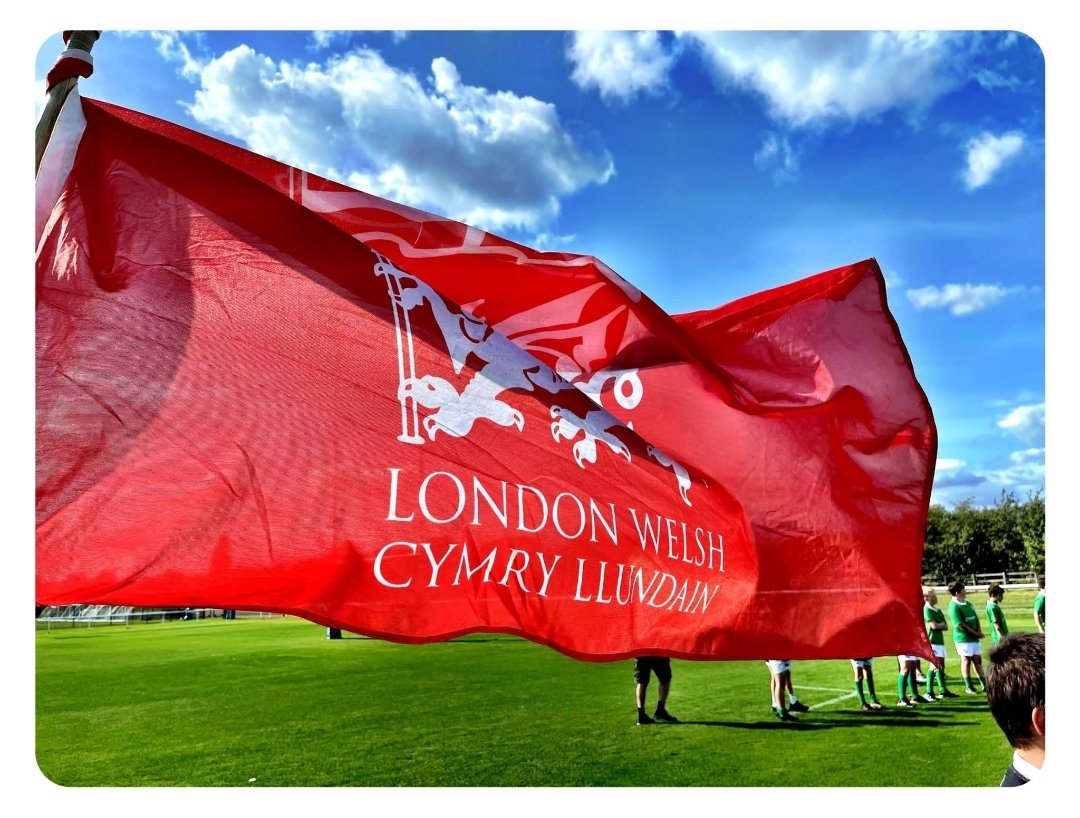 It was a perfect afternoon for the clash of the Exiles at Hazelwood. Whilst London Welsh had already started their league season this was London Irish’s first game of the campaign.

Welsh kicked off and began the game with an intensity that they would continue throughout the match.  An early lineout error by Irish gave Welsh a scrum and the referee played penalty advantage when Irish infringed again. Welsh kept possession, moved the ball out wide for fullback Jacob Butler to break down the wing. He was brought to a halt inches from the line by a high tackle from his opposite number. Four minutes had been played and the home team were down to 14 players for the next ten.

Irish made their first move progress into the Welsh thanks to a penalty kick from halfway to the 22 but a knock on at the lineout handed play back to Welsh who regroup and are soon back in the Irish half. The first points came courtesy of Osian McAvoy’s boot when Irish infringed again and with 10 minutes on the clock Welsh took a 3-0 lead.

Welsh were straight back on the attack from the restart, taking play into the 22 and putting Irish under pressure until a knock-on ended the move. An early substitution saw Andy Black leave the field to be replaced by Jack Anderson but the unexpected change didn’t disrupt Welsh and the number 8 had barely reached the dugout when his side increased their lead. A good carry by Anderson set up Welsh and Ben West took the ball on, finding an angle to break through the Irish defence for an unconverted try.

Irish make the most of a period of possession to add their only points of the game. A penalty took them into the Welsh half, a chip kick over the defence and then faster feet to the line gave them an unconverted try with half hour played.

Welsh continued to dominate but couldn’t quite get the phases together for another score and handling errors gave the ball back to Irish. Paolo Peschisolido made a blistering run from half way but was stopped on the 22 and Welsh indiscipline handed Irish a penalty and a chance to clear their lines.  The final points of the half came in stoppage time. The Welsh pack were completely in control at the scrum and earned another penalty. McAvoy took it quickly but when play came to a halt the referee brought play back and this time the fly half took the three points to give his team an 11-5 half time lead.

Early pressure from Irish in the opening minutes of the second half was absorbed by the Welsh defence and with less than 10 minutes of the half played Welsh were close to the Irish line. A scrum set up the platform for an attacking move that saw Elis Staines make good progress through midfield and the ball recycled to Peschisolido who darted round to score under the posts. McAvoy’s conversion extended the lead to 18-5.

Confidence was now high for Welsh and they ran the ball at Irish from the restart, possession and territory both in their favour and allowing Peschisolido another run. Pixley took the ball on and set up a ruck inches from the line only for the referee to award Irish a penalty and send Ben Nixon to the bin. Despite being a player down, Welsh still have the strength to take play back to Irish and a penalty from a scrum gives McAvoy another three points.

Ten minutes remained when Butler showed his pace down the touchline but couldn’t get the pass away to the player running in support. Welsh retained possession though a lineout, the pack drove towards the line and some fine phases and quick hands put Liam Chennells in space for the third Welsh try. The extras were missed and Welsh led 26-5 and were in the hunt for the bonus point.

A big kick from downfield by Welsh took them deep into the Irish half again. Jagjit Mahal rescued a loose ball at the lineout but the referee ruled that Welsh had stepped offside and Irish took the chance to reset and move play from their line again. The final play of the game did bring the bonus point though. A Welsh lineout throw was well taken by Ben West, the pack rolled forward and Jack Anderson was on hand to claim a debut try and five league points for his team. McAvoy’s conversion drifted wide and brought the game to an end.

Player of the Match: This weeks stand out player was again a tough call with so many stand out performances. A pack that once again dominant with a big game again from Captain James Buncle, the ever present and always excellent Rohan Pixley was in the mix and debutant Jack Anderson also putting his hand up having entered the fray early as Andy Black left the field injured. In the back line, Ewan Gully was again very lively and Jacob Butler gave us some glimpses of the huge potential that he has having been switched to full back. However, the award went to the outstanding Jack Burnett at Hooker, his work in the line out and at scrum time, as well as his ability and pace around the park, meant that he takes the Player of the Match. We look forward to seeing who puts their hand up next week in our first home league game and therefore the first award of the season for the Penderyn Player of the Match at Old Deer Park.

Welsh finished the day second in London 1 South, equal on league points with leaders Chichester and third-placed Guildford. Next Saturday we welcome London Cornish to Old Deer Park for the first home game of the season. Kick off is at 3pm.

A match against London Irish has long been one of the most anticipated in the London Welsh fixture list. The rivalry of the two traditionally ‘Exile’ clubs was always left on the pitch and, whether at ODP or The Avenue, it would always be a very social occasion before and after the game and no doubt will be the same this time.

The 1st XV travel to Hazelwood this Saturday for the second round of the league. The 52-20 win at Battersea Ironsides put them in second place after the first set of fixtures. The withdrawal of Haywards Heath from the league left Irish without a match and instead sent a strong team to  Cobham where they beat the 2nd XV.

London Irish Wild Geese take their place in London 1 South after being relegated from London & SE Premier. Their 12th place in the league, with just six wins from 22 games, was only three points adrift from safety and the second successive relegation that they had suffered. Wild Geese will be looking to reverse their fortunes this season and start their progress back up the leagues.

Hazelwood was developed on the site of a golf course and opened in 2014 as the home of the London Irish Amateur teams and the training ground and offices for their professional club.

Admission on Saturday is subject to buying a £5 draw ticket (top prize £400) although parking will be free. There will be musical entertainment from The London Celtic Youth Orchestra. Kick off is at 3pm.