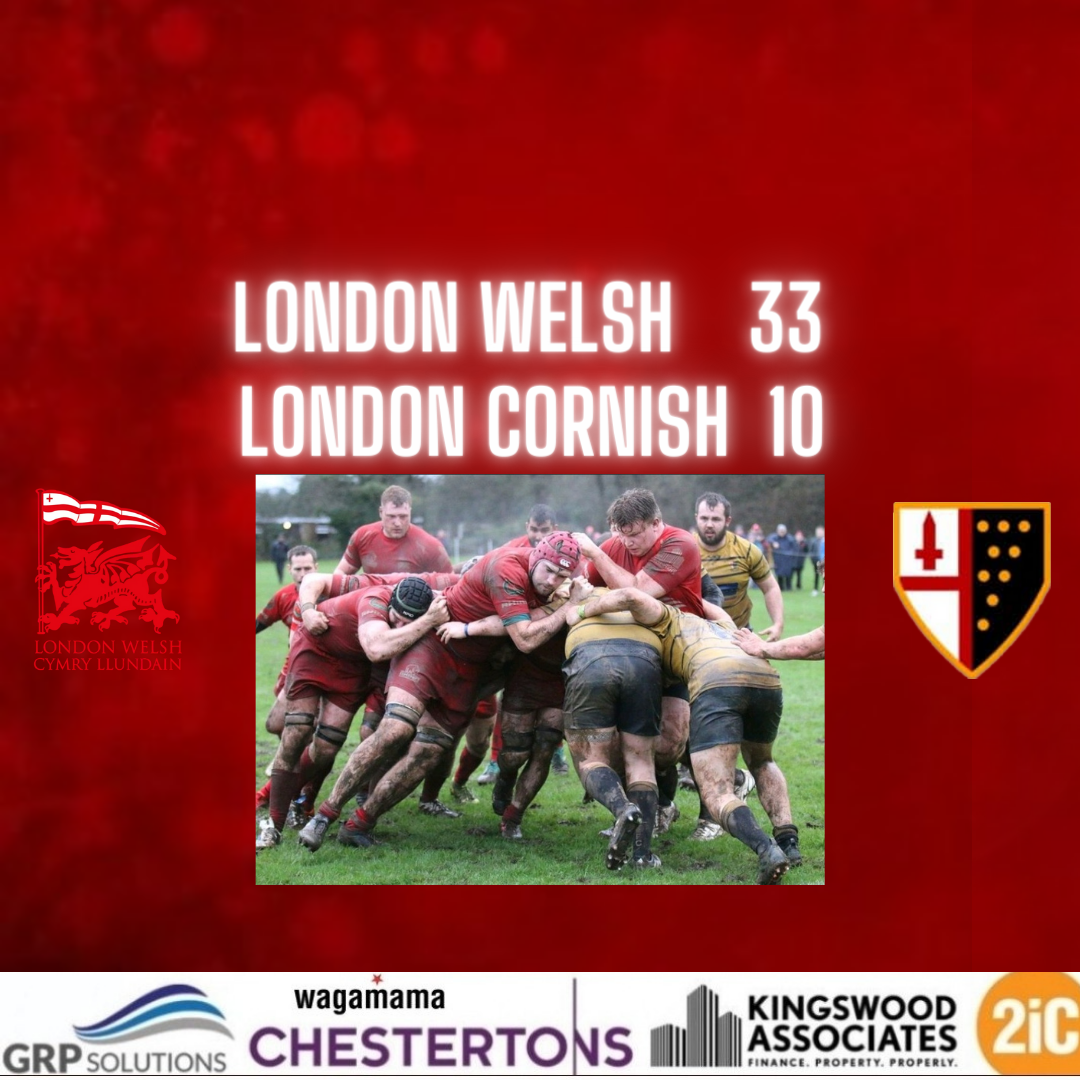 Match report: Welsh start the year with a bonus point win in the rain at London cornish

London Welsh began their 2022 with a win away to Celtic rivals, London Cornish, in torrid conditions with a 33-10 victory. Wonderful pre match festivities were enjoyed by the London Welsh faithful in a celtic themed banquet supplied by our generous hosts.
Sadly, the weather conditions were not obliging so as to match the off field splender! Torrential rain and howling winds on an exposed and narrow pitch, was always going to prove a challenging start to the new year!

Cornish have undergone somewhat of an emancipation over the last month with a new coaching team and a host of returning players; so much so that only 5 players remain from the squad that took the field at Old Deer Park back in September. It was clear from the kick off that Welsh were up against a different prospect in Round 15.

The home side scored the first points of the contest with a penalty from their number ten George Kimmins, twenty minutes into the first half.
Very little happened in reality in the opening forty minutes as the weather did it’s worst. Welsh did score their first try of the match, five minutes before half time through Ed Couzens. After winning a penalty, the Exiles chose to go for touch. After winning the set piece just a few metres from the try line, Welsh scored thanks to a rolling maul, which proved unstoppable for the home side. A conversion made from Lloyd Davies meant that at half time, the visitors had a 3-7 lead.

Despite a poor first half, by Welsh’s standards, the second half proved to be much more successful for them. With the rain easing off and a stern word from DoR Cai Griffiths, Welsh went on the search for the bonus point win.

The brave London Welsh faithful had to wait just minutes into the second half for their second try of the match through Tim Ross. Again, after winning a penalty, Welsh chose to go to touch. With momentum on their side, Welsh’s maul crashed over the white line, with replacement Ross scoring. A missed conversion from Davies made the score 12-3 in favour of the away side.
In the fifty-second minute, the visitors got their third try of the afternoon. After great pressure from Welsh, which forced Cornish to a goal line drop out.

From the drop out, a Welsh kick back into the twenty-two forced a Cornish player into touch after a great chase from Butler.
The line out led to another maul for the visitors, which again proved too much for the home side with Norwegian international, and captain, James Buncle scoring. Lloyd Davies adding the extras made the score 19-3.

The 60th minute witnessed the return to action of Club Captain Chris Lilly. This was the Ireland u20 international’s first game of the season having pulled his hamstring against Cardiff in the pre season fixture. It was great to see Chris in action again and a timely return as the league competition heats up.

Four minutes before full time the Exiles secured their bonus point through Buncle, who scored his second of the afternoon.
The pack was dominant through out the second half, mainly due to the poor weather conditions and the combination of a well drilled and frankly massive front five! It proved vital again as Welsh scored another try through a maul two metres out. Davies’ conversion made it 26-3.
Minutes later, Welsh scored their fifth try to make sure that all five points were going back to Old Deer Park.

In what was a brilliant try, passing from one side of the pitch to the other, an overlap was created, centre Matt Pollen, broke away, and with a four against one, simply passed the ball to scrum half, Adam Nixon for a walk over try. The added extras made it 33-3.

In the dying embers of the match, Cornish scored a consolation try through their winger, and with the conversion added, made the final score 33-10.

It was a committed display from Welsh who showed their steel and class in the second half to secure the bonus point. However, Cornish showed great heart and no lack of skill to make a real contest of the game, especially in the first half. Cornish will certainly be a different prospect for many sides in this second half of the season.

Man of the Match went to Welsh second row and former premeirship man Ben West for a typically commanding performance.

Welsh look toward Round 16 back at Old Deer Park and a return meeting with our friends at Horsham RFC. A number of additional players are also returning for Round 16 including Sion Cowdy, Will Ponty, Matt Williams and Griff Whitson. Osian McAvoy and Jack Burnett also approach a return and we hope to see them back in the coming weeks.

Player of the Match: Ben West 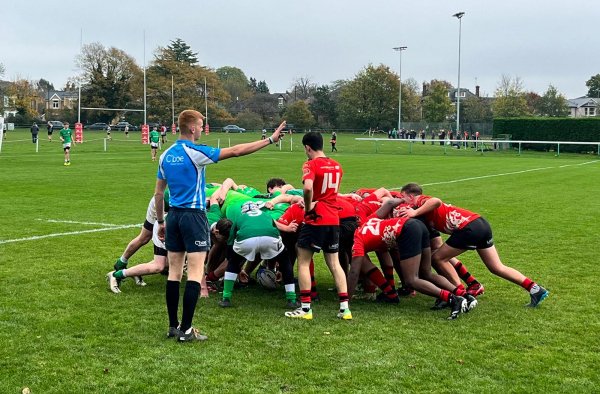 If you’ve ever been to Blackwood, you’ll know that the locals are stoic. They’ve lived through the miners’ strike,… 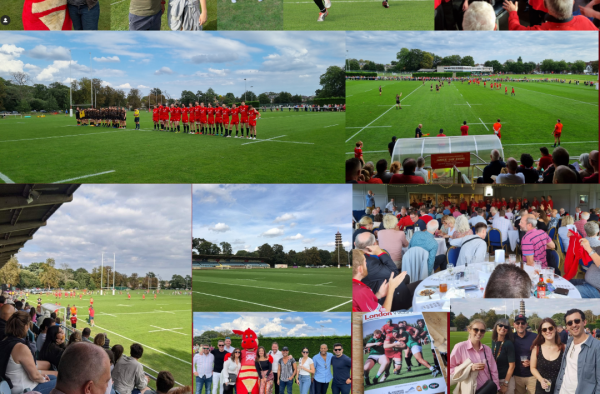