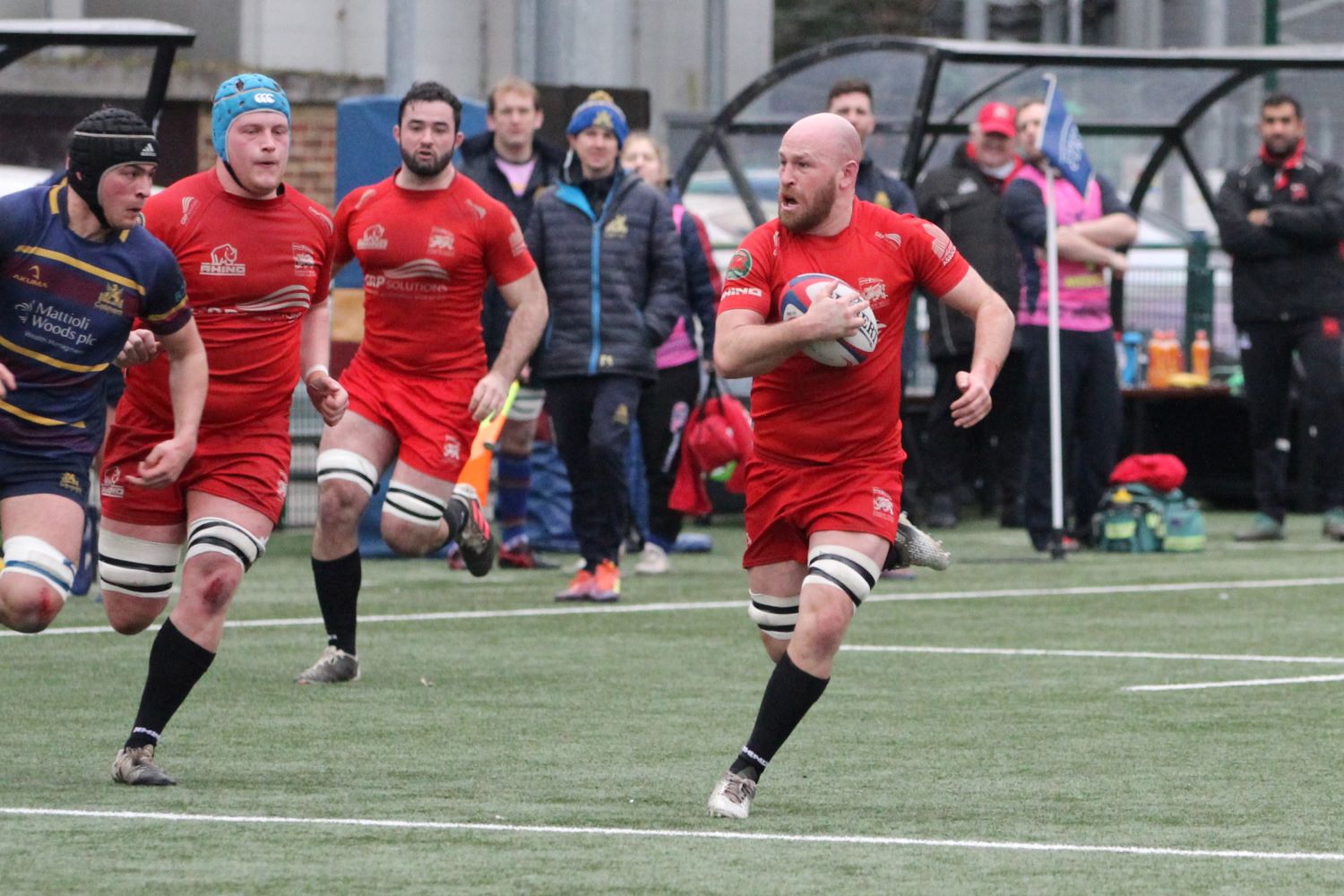 London Welsh continued their winning start to 2022, with a 46-16 victory away at Cobham. This was Welsh’s 13th Try Bonus Point match in 15 games.

This was London Welsh’s first trip at senior 1st XV level to Cobhams Memorial Ground. The facilties are both impressive and welcoming and we thank our Cobham RFC friends for what was a wonderful day for players and supporters alike.

Welsh welcomed back 7 players to the starting line up that were rested for the Round 16 match against Horsham. In all, the starting line up presented 10 changes in all, week on week, as Cai Griffiths once again rotated his squad to provide game time for all ahead of the top of the table clash the following weekend against Camberley.

In front of a travelling Welsh support of around 200 hardy souls (down on what we have come to expect away from ODP) the home side got off to a flying start, scoring a try within the first minute, although the conversion was missed.

However, as has happened a number of times this season, Welsh took umbridge at the opposition score and responded immediateky with a try of their own through Griff Whitson.

After an initial break away from centre Louie Groark out wide, he laid off the ball to Will Ponty who hit a fantastic angle at pace but was tackled just shy of the try line. After quickly recycling the ball, prop Whitson crashed over the try line in characteristic bombastic style! McAvoy’s conversion makes it 7-5 after 4 minutes.

Welsh were certainly not hanging around in what was a franetic opening 10 minutes as two minutes later, Welsh got their second try of the contest. The visitors had a scrum just outside the twenty two, and from there, built an attack with patient phases play.

Eventually, there was an overlap on the wing and a simple lay off for hooker Andy May that saw him dive over. McAvoy’s conversion made it 14-7 after 10 minutes.

The Exiles were down to 14 men twenty minutes into the match after Matt Williams was sin binned for not releasing in the tackle. Subsequently, Cobham chose to go for the posts, and slotted the attempt to make it 14-8. It was really from this point in the game that Welsh took charge and quickly put the game beyond Cobham.

A minute later, Welsh got their third try of the afternoon.

Despite the one man disadvantage, again, the visitors’ attack was too much to handle for Cobham, after a strong carry from Andy Black on the ten metre line, an intelligent run from McAvoy, an offload to Groark saw the centre crash over the line just to the right of the posts for the young centres first try for London Welsh. McAvoy extras made it 21-8, a score that remained until.the half time whistle.

Five minutes into the second half, Welsh were again down to fourteen men after Peschisolido was sin binned for a deliberate knock on after Cobham attempted to counter attack. In all credit to a strong and lively Cobham side the game had been played at high tempo with both sides looking to play rugby. Pacey outside backs and a ball carrying number 8 in Jake McQuade, Cobham possessed plenty of danger.

Subsequently, the home side scored three points from the Peschisolido infringement to make it 21-11.

In the fifty second minute London Welsh scored their fourth try of the afternoon to give them the bonus point.

Welsh with an attacking scrum deep in the Cobham half, and after five phases of pick and go, which were all well defended by the home side, Andy Black muscled his way over in typical fashion. McAvoy’s extras make it 28-11.

In the sixtieth minute, Cobham scored their second try of the afternoon after a period of sustained pressure in the Welsh 22 that probably represented the home sides best patch of the game. The extras were missed to make it 28-16.

The Exiles continued their fine attacking flair in both the 69th, and 70th minutes by scoring a penalty, and a try respectively, with Paolo Peschisolido scoring his ninth try of the season, after being set up by Rhys Howells to score in the corner, after a break away from the centre. A missed conversion made the score 36-16.

London Welsh wrapped up their fine away performance with another penalty (McAvoy) and try in the 75th, and 79th minutes.

Starting in their own twenty two, a chip and chase is collected by Adam Nixon, who laid off the ball to Matt Pollen, who in turn, offloaded it to big Andy Black who latterly released Rohan Pixley. The flanker still had some work to do, and after beating two defenders, scored in the corner, in what was easily the try of the match going the length of the pitch in all. McAvoy’s extras made the full time score 46-16.

Despite being well beaten Cobham were a tough side to break down and had plenty to offer behind the pack. Another wonderful and welcoming experience for London Welsh as part of the five year plan and another first in playing at the Memorial Ground Cobham RFC, whilst solidifying new friendships.

There were knocks on the day to Sion Cowdy who left the field.on 20 minutes and Jag Mahal who pulled knee ligaments having come off the bench on 70 minutes. Jag was due to rotate for Round 18 and early indications are that Cowdy will be available for selection.

Player of the Match went to prop Griff Whitson for what can only be described as a virtuoso performance that puts pressure on the rest of the front row Union in the push for places. Dominant at scrum time, it was in open play that Griff did real damage: Showing the strength, handling and pace that he is known for in equal measures.

Our thanks and best wishes to Cobham RFC for the rest of the season. Welsh move back to ODP for the top of the table Round 18 clash against Camberley.

Player of the Match: Griff Whitson 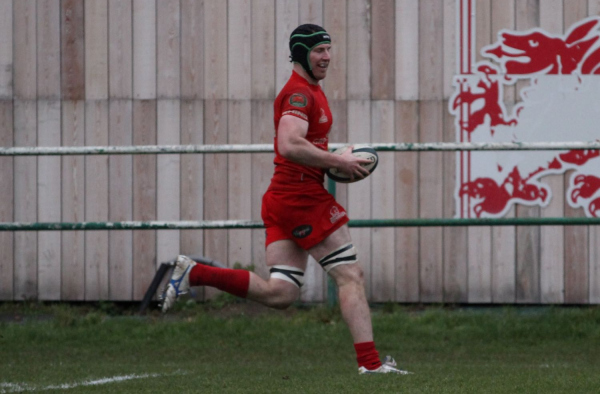 Match report: London Welsh top the league at turn of the year with bonus point win 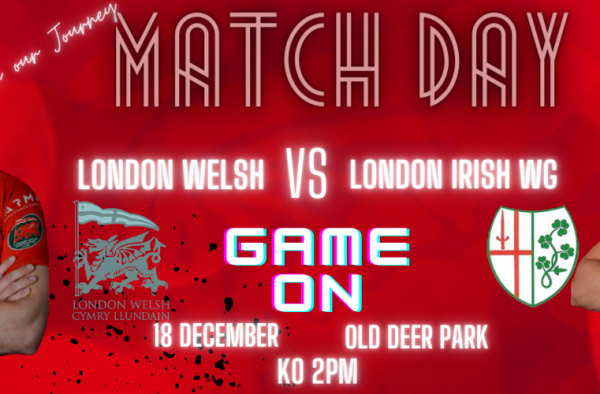 Match preview: London Welsh host battle of the Exiles in Round 14 of league action