London Welsh lost their second home game of the season, losing 28-26 to Guildford, in a brilliant back and forth affair at Old Deer Park.

The Exiles started the game strongly, scoring their first try just seven minutes into the game through Rohan Pixley.

After good pressure in the opposition’s twenty two, Welsh were awarded a scrum. This led to a quick phase scrum half, James Smith found the flanker with a cut out pass, which led to the Australian scoring under the posts. Osian McAvoy’s conversion made it 7-0.

Fifteen minutes later, Guildford responded with a try and conversion of their own to make it 7 all.

Twenty one minutes into the game, Welsh scored their second try of the afternoon through home debutant, James Smith.

After winning the ball from kick off, the Exiles were immediately on the front foot. A series of patient phases in the twenty two, led to a brilliant run from Pixley who made a brilliant swerving run in and out of the defenders before he was stopped just short of the try line, but he brilliantly offloaded the ball off to Smith who scored under the posts. Extras added, 14-7.

Again, Guildford responded with a try of their own quickly, thanks to an interception from their winger which saw him run the length of the field to score under the posts. Conversion added, 14 all.

Five minutes before half time, London Welsh scored their third try of the afternoon through Jag Mahal.

After winning a lineout in the twenty two, a maul was quickly set up. It proved to be impossible for the Guilford defence to deal with and the hooker crashed over. McAvoy’s extras made the half time score 21-14.

Twelve minutes into the second half, Guilford scored their third try of the afternoon, and with the conversion made it twenty one all.

In the sixtieth minute, Welsh scored their bonus point try through captain James Buncle. The Exiles won a penalty and kicked for touch.

After winning the lineout, the home side for a maul, and powered their way over, with the Norwegian international scored his eighth try of the season. McAvoy missed the conversion to make it 26-21.

On the brink of full time, Guildford took the lead for the first time in the game.

Welsh had heavy pressure just outside the Guildford try line. However, after a poor pass, the visitors counter attacked and scored under posts. The conversion made it 28-26.

In the eightieth minute, London Welsh were awarded a penalty. McAvoy lined up to take the penalty, but kicked it wide of the posts, to ensure victory for the opposition. 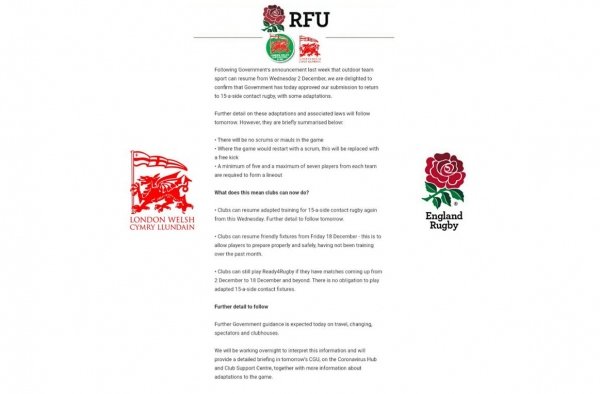 The Boys are back in town

London Welsh emerge from Lockdown 2.0 with the go-ahead to resume competitive contact rugby! With some tasty fixtures already… 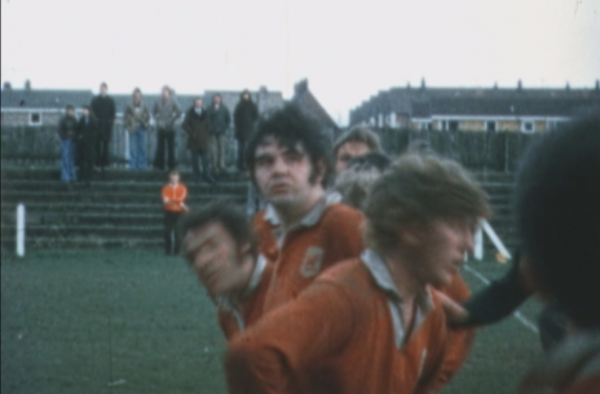