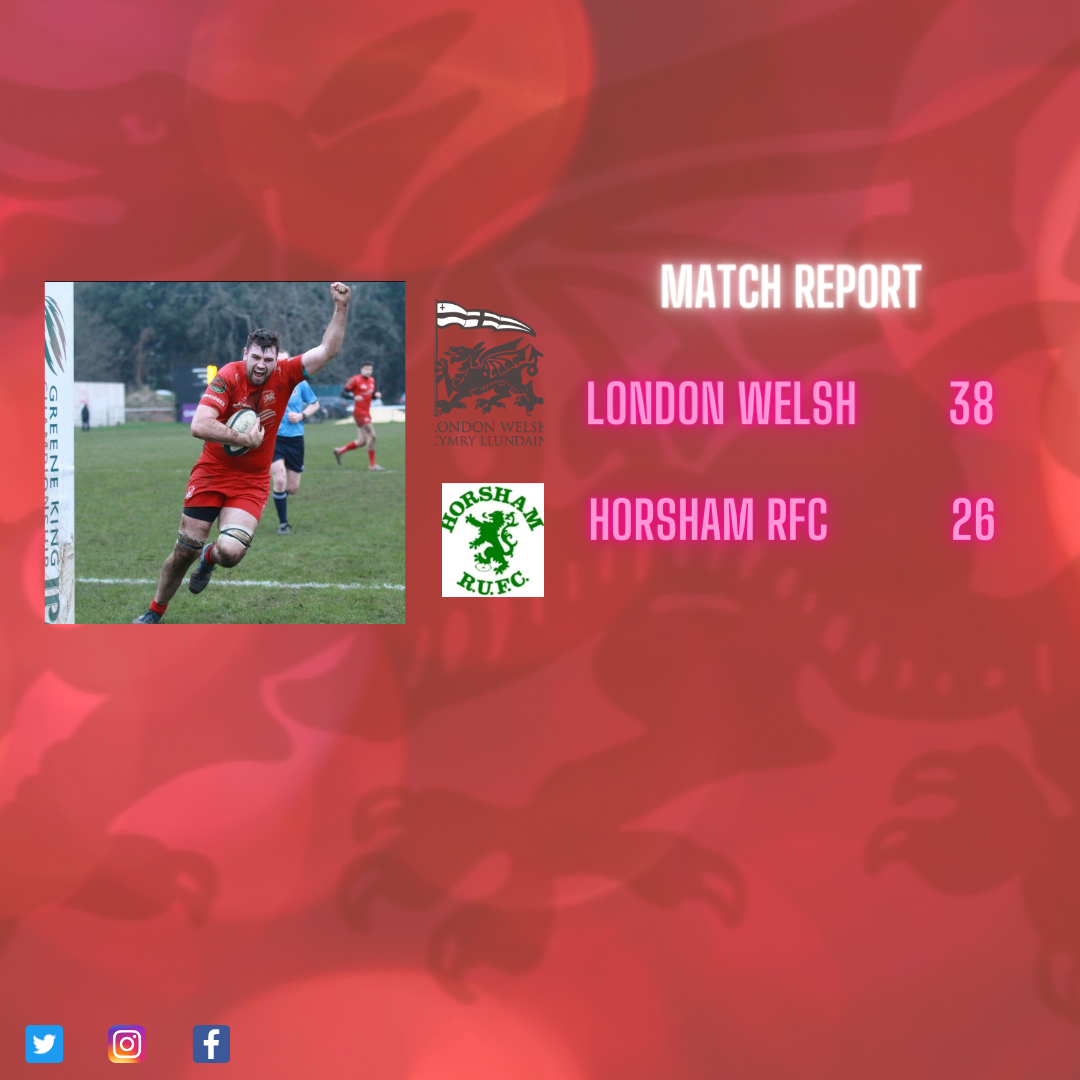 London Welsh’s unbeaten home record continued with a 38-26 victory against Horsham, in an exciting affair at Old Deer Park.

With four solid weeks of back to back and potentially title deciding matches ahead, Welsh took the bold step of resting no less than 7 players for the first home league fixture of 2022: Player of the Month Andy Black, star performer Rohan Pixley, Matt Pollen, Louie Groark, Will Ponty, Ben West and Jack Anderson all watched this one from the sidelines. In addition, the game came too early for hooker Jack Burnett to return from injury. However, this did provide an opportunity for Club Captain Chris Lilly to make his first start for almost 2 years as he returns from his hamstring injury. Griff Whitson also returned for his first game of 2022, along with Club stalwart Tom Baldwin who impressed for the Druids 2nd XV last weekend. With the strength in depth of the Welsh Squad set to be tested to the full this made for a tantalising fixture.

From the get go, Welsh began the game with a series of good chances, which unfortunately led to nothing. Plenty of endeavour but the final pass too often going to ground.

In the twelfth minute, Welsh took advantage of the early pressure with a try from Griff Whitson. Around the half way line, the Exiles were awarded a penalty, and kicked for touch. From the set piece, Welsh set up a maul, and drove towards the try line. The maul ended up stopping just short of the line, and the attackers were forced to pick and go. After a few quick phases, the ball was laid off to prop Whitson, who crashed over the line. A Lloyd Davies conversion made the score 7-0.

Five minutes later, Horsham were down to fourteen men, after the visitors’ Number eight was sin binned for a deliberate knock on as Welsh looked to bag their second try.

Making the most of their one man advantage, Welsh got another try just five minutes later through scrum half, Adam Nixon. The home side won a penalty from a scrum, which had been dominant throughout the match. Reacting quickly, Nixon tapped the penalty and sprinted towards the line. Weaving in and out of defenders, he would’ve had a walk in try but for a last ditch tackle from the Horsham winger; he scrum half’s momentum was enough to see him over the line. Davies’ conversion made it 14-0.

However, the visitors responded with an impressive spell for the remainder of the half. Horsham grabbed two tries of their own in quick succession to make the score 14-14 with five minutes to go until half time. Both tries coming off the back of two mistakes from the home side as game management proved a challenge. The second of their tries proved how dangerous Horsham were in broken play and that they indeed possessed some dangerous runners out wide.

On the brink of half time London Welsh scored their third try of the afternoon through club captain, Chris Lilly. This was Chris’s first start since returning from injury last weekend. A line out and maul pushed Welsh deep into Horsham’s twenty-two. After a few phases, which led to nothing, the ball is quickly recycled, and laid off to the centre, who’s dynamic running took him past two defenders, with a further two being carried over with him as he scored under the posts. Davies’ conversion gave the Exiles a slender first half lead of 21-14.

London Welsh’s first half was relatively lack lustre, despite the three tries. The Welsh faithful in the 500 strong crowd were left wondering why so many of their regular side were on the sidelines watching the match with them. However, Horsham had certainly turned up to play and were proving a very real threat. A determined pack and talented back line had put them right into this game at half time.

Three minutes after the break, Welsh scored their bonus point try through Whitson, who scored his second of the afternoon. Again, after winning a penalty, the home side chose to go for touch, and set up a maul. Much like the first and third tries, the maul made its way slowly but surely towards the try line. From there, the prop broke away and scored in the corner. A missed conversion made the score 26-14.

Three minutes later, Horsham were again down to fourteen men after the number five was sin binned for talking back to the referee.

Regardless of the sin bin, Horsham took advantage of their one man disadvantage, with their third try of the afternoon thanks in part, to some poor defending from the home side. An added conversion made the score 26-21.

Welsh reacted with a fifth try of the match through Jacob Butler. After winning a penalty on the half way line, Man of the Match, Adam Nixon, quickly tapped and Welsh countered. The ball was spread out wide to Tom Hunt who’s pace and power took him past 3 players has he galloped 40 metres to almost go over himself. However, unselfishly and with a two on one, Hunt laid the ball off to Jacob Butler who scored in the corner. A missed conversion made the score 31-21.

Immediately after the try was scored, Horsham were, again, down to fourteen men, after their scrum half was sin binned for a high tackle in the act of trying to prevent the previous score.

Welsh’s pressure in the second half continued, especially with Horsham being down to fourteen men. Jacob Butler had another opportunity to score a second try in the corner, but for a great tackle from the defending winger to force him into touch.

Three minutes before full time, London Welsh scored their sixth, and final try of the afternoon. Deep into the opposition twenty two, a great delayed pass from Nixon off the base of the maul found Tom Baldwin who broke the defending line and then laid off to 6’8 second row Ed Couzens who scored under the posts. The added conversion made it 38-21.

Horsham were still not done though! On the brink of full time, they scored their own bonus point try of the afternoon, thanks to some great pressure, which proved too much for the Exiles who were well aware that they had been in a game! Despite some resolute defence, the well organised Horsham pack managed 7 phases of close up hit and recyle and finally got they deserved losing bonus point score for their 4th try. The missed conversion made the final score, 38-26.

This proved a very strong test for the Performance Squad. Despite the fact that half of the team had been rotated ahead of a big month of matches. The players that came in included many returning from injury and some star performers in recent weeks from the Druids 2nd XV. The experiment if anything proved the strength of the squad and competition for places will no doubt be hotter than ever. DoR Cai Griffiths Will have learnt a lot from his wider squad in this game and will no doubt be relieved that his tactics paid off and that the squad will be fresher for the weeks to come.

A mention for Horsham though who were superb in this match. They showed great skill, resolve and attacking endeavour that in honesty did not reflect their place in the league. London 1 is a very strong league and this Round 16 match goes to show that there are no easy games. Horsham showed intent to play a running style of rugby that provedna real spectacle for the crowd and we wish them all the best for the remainder of the season.

London Welsh Man of the Match went to Welsh number 9 Adam Nixon who showed all of his national league experience in controlling what was a tough game. Adam will enjoy his bottle of Penderyn from MoM sponsors Penderyn Distillery.

Welsh look forward to a tough test on the road next week in Round 17 away at Cobham RFC. 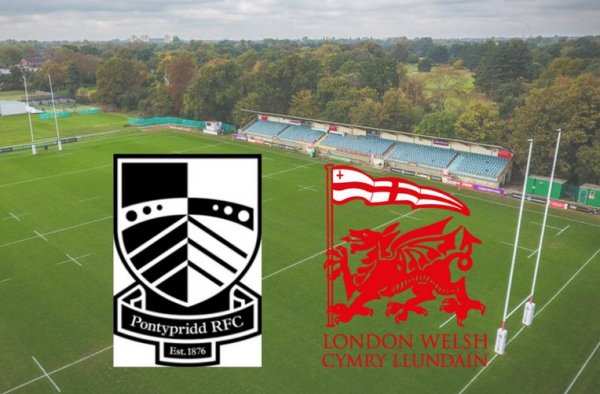 Pre Season opener falls victim to the Pandemic! It is with great frustration but equal amounts of acceptance and… 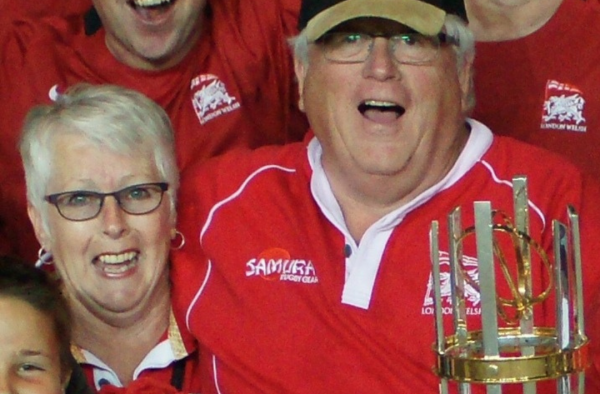