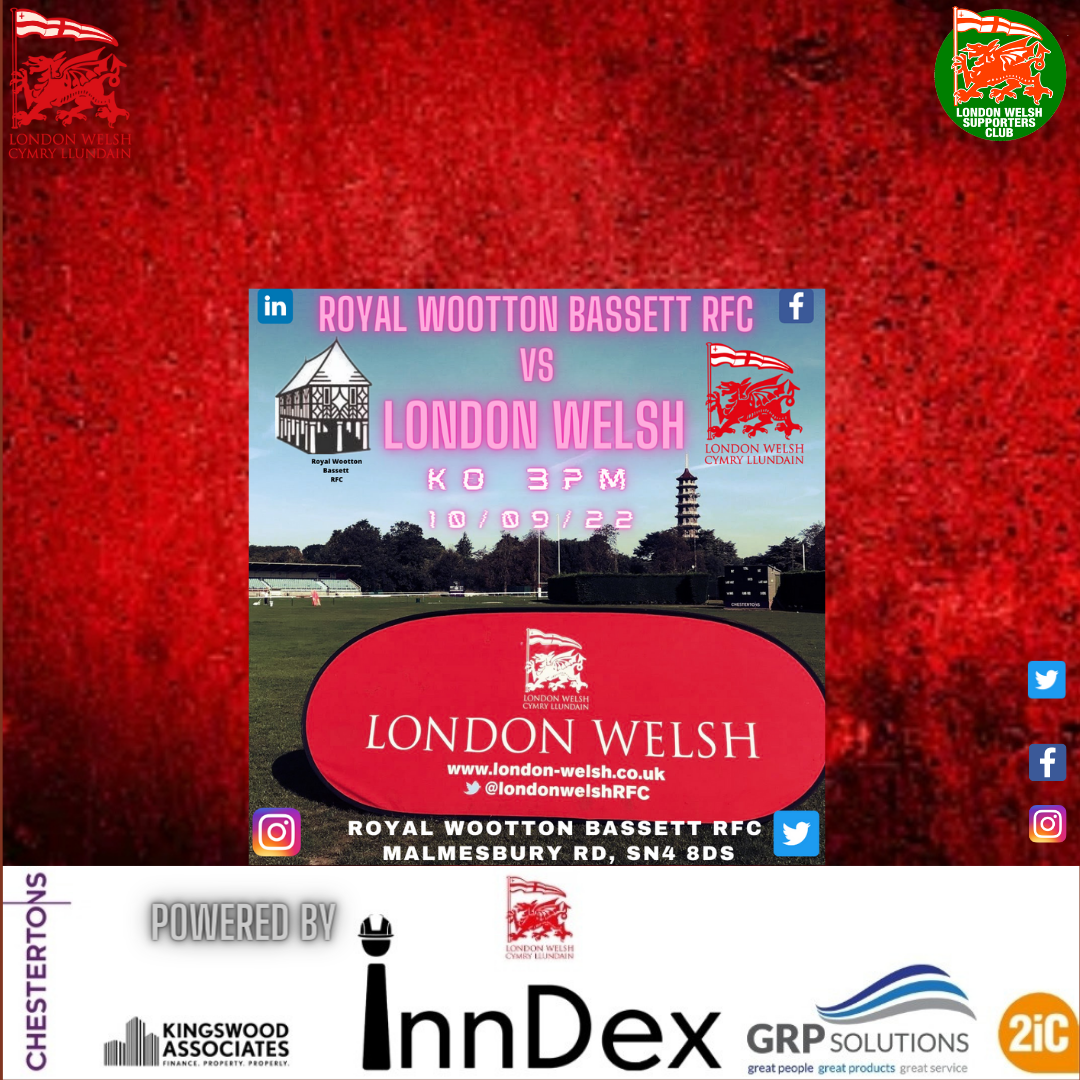 Match Preview: Welsh head to Royal Wootton Bassett for Round 2.

London Welsh enter game week 2 of the season with a trip to Royal Wootton Bassett in what will be the Exiles’ first visit to Ballards Ash Sports Grounds.

Welsh’s return to level 5 did not get underway as planned with a 56-17 Round 1 loss away at Maidenhead, although, most of the points came from the sending off of Aussie flanker Rohan Pixley on 66 minutes with the scoreline at 25-10. ROUND 1 was a strange affair, a game that Welsh could very feasibly have won until relatively late into the game- a thought not at all reflected in the final score.

The Exiles’ opponents, Royal Wootton Bassett, also had a difficult start to the season losing 49-7 away to Bournemouth.

Last season, the Wiltshire based club found themselves in what would have been the relegation positions come the end of the season. RWB were saved from relegation from the fifth tier of English rugby by the restructuring of the leagues from the RFU. RWB were only four points from finishing bottom of the league, as well as being eight points from safety, in a normal season. Relegation was instead replaced by a shift to a league more London and East based, in the new Regional 1 South Central (remaining at tier 5).

Both offensively and defensively, Bassett struggled last season, scoring the lowest number of points in the league, and conceding the third most, in a league dominated by three teams, with the Champions Exeter University scoring over 1100 points.

In 2021, Royal Wootton Bassett celebrated it’s fiftieth anniversary, and famous former players for the club include, Leicester and England winger, Jonny May, and former Leicester, Ospreys, and Gloucester back row, Gareth Evans.

Welsh will be looking to put their Round 1 hick up behind them and get their season started in proper fashion. In squad news: the big scare this week has been the RED card to Aussie star Pixley (as above). Given that the sending off arose from 2 yellow cards for different offences, the RFU disciplinary committee has deliberated quickly and Pixley is free to make amends in Round 2 (which is a daunting prospect for RWB, given the character and talent of the back rower). Griff Whitson will miss the game as will winger Peschisolido and second row Tom Baldwin, from Round 1s squad.

There will though be returns to the squad for last seasons stand out backline performer Matt Pollen in the centre and 6’8 former Welsh Premiership 2nd row Ed Couzens. There will be a late fitness test for fullback Sion Cowdy following his late knock in Round 1. Long term injury lister scrum half Adam Nixon is in contention for a return following an uneventful return last weekend for the Druids, after his groin surgery. Those who will certainly miss out are: Ben West (still to feature this season), Peschisolido, Tom Baldwin, Adan Cole, Ewan Gully, Rhys Howells, Griff Whitson and Captain James Buncle (who is away on interntaional duty with Norway). A mention for James Smith, last week’s bench replacement broke his collar bone in training on Thursday and faces a long lay off.

In all, further key players are returning for this weekends clash as Welsh look to get back to winning ways. Last weekends loss was only the 6th in 5 seasons for Welsh and the first opening day defeat since 2017.

A supporter’s bus will be available for this weekend’s fixture through the usual channels, with more information being released during the week.

We look forward to seeing you all in Round 2! 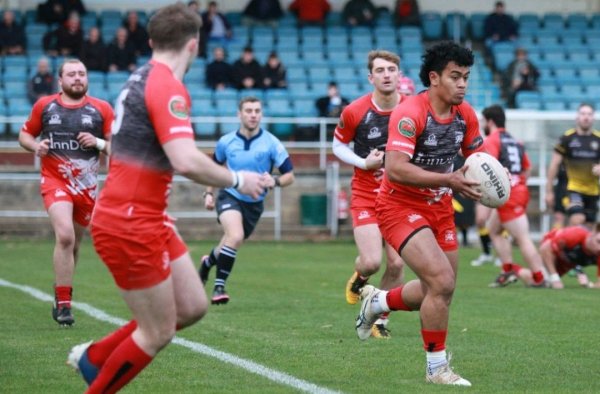 London Welsh got back to winning ways with a 29-22 over Bournemouth at Old Deer Park last weekend. A… 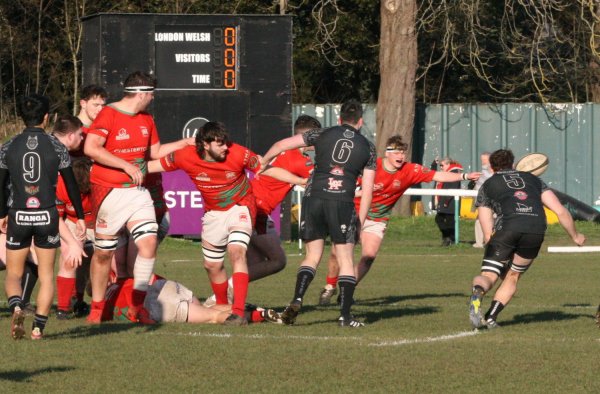