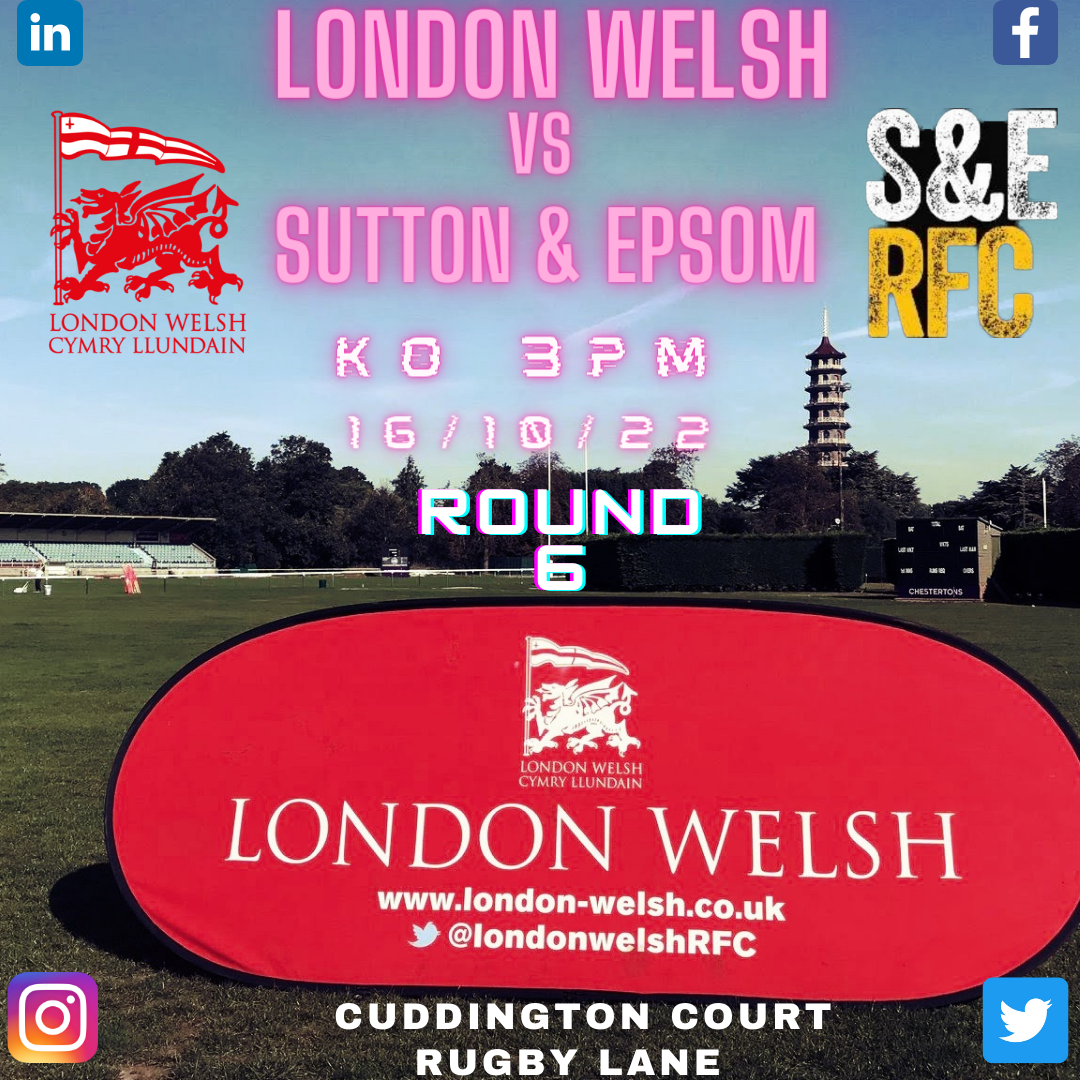 Following the disappointment of Round 5 and yet another top 4 side that Welsh will feel they should have beaten, Round 6 is yet another first time fixture for the London Welsh faithful.

The Exiles fourth away trip of the season takes them to Ewell in Sutton and a side that Welsh meet for the first time in their history (something to which we have become accustom to since project reset).

Sutton & Epsom has a similar longevity to that of London Welsh, playing their first matches in the 1883/84 season – the season prior to the founding of London Welsh. In recent seasons Sutton have found the going tough after promotion in 18/19 season from Level 5 to level 4 and National 2 South. Sutton are one of the sides to count themselves unlucky from the RFU calculations resulting from the 80% played season of covid riven 19/20. Sutton finished the played season 3rd from bottom and were relegated with no opportunity to complete the season and try to reel in 4th from bottom Westcliff. That said, Sutton were 14 points adrift of safety at that stage. In the first full season post Covid, Sutton finished 11th in South Premier last season (4th from bottom) and comfortably clear of Brighton in 12th.

Although early in the season both sides will see this Round 6 fixture as crucial: Sutton currently sit just one place above Welsh in the league (9th) and with an identical tally of won 1 lost 4 (Sutton with 2 more bonus points to their name). Welsh will feel that they could and perhaps should have won all 4 of their previous fixtures, having taken 3 of the current top 4 sides all the way. That all said, Welsh need league points in order to get their season properly underway.

It is well accepted that Welsh have been victims of an almost unprecedented injury crisis in the early rounds, an issue that is only now seeing signs of abating. In the latest injury and availability news: Top try scorer Sion Cowdy remains on the side-lines; he is on track to return in Round 7 and is with the Ireland 7s squad in Spain this weekend. There will be a fitness test this week for Loosehead Griff Whitson after he too missed Round 6 following injury in Round 5. Will Ponty at second row suffered a concussion in Round 5 and will be undergo HIA protocol assessment this week as he clears the mandatory 3 weeks on the side-lines. Former Premiership star Ben West is almost ready for his first game of the season but Round 6 will come just that bit too early. In positive news: Matt Pollen returns at centre for the first time since Round 2, Wales u18 man Rhys Howells also returns in the centre for potentially his 53rd cap and following his wedding last weekend. Hywel Williams also returns at to contest the starting spot at 9 having been unavailable for round 5. Tom Williams played 80 minutes for the VETS (as their u35 player) against Wasps on Friday last as he continues his 6 month return to fitness, he may be in contention for a first game of the season. James Smith (broken shoulder) and Jack Anderson (dislocated knee) remain the long term absentees.

Welsh could jump as high as 7th win a win in Round 6 and will want to continue their excellent form and growth that we have seen since round 4. Director of Men’s Rugby Cai Griffiths said of the game ” We have another big week in training this week with the squad returning to some form of normality and continuity, given the injuries that we have had. We expect this Round 6 match to be another tough contest with Sutton & Epsom coming close in many of their games so far this season. We have certainly felt like we are not far off where we need to be in the past few weeks and with a more settled team the squad will be keen to prove some points’.

No doubt eyes will be on some of the big performers from the last few rounds: Samoan Kiwi Tololima Saavainaea has be excellent in his first three games and grabbed his first try in Round 5 against Havant. Ben Bodinham has been excellent having moved to 8 from the second row, following the loss of Jack Anderson at 8 for the rest of the season. Supporters and the squad will welcome the return of Matt Pollen at centre and hopes will be high that he makes a big impact on first game back since Round 2. Top points scorer Osian McAvoy has been excellent following a switch this season from 10 to fullback and his talent will not stand alone in a talented back line.

Kick off will be 3pm at Sutton & Epsom RFC, Cuddington Court, Rugby Lane. Details will be released this week on the supporters transport to match. We hope to see the large travelling exile army with us as always.

London Welsh’s next home game will come in Round 7 on 22 October when Bracknell RFC visit Old Deer Park. 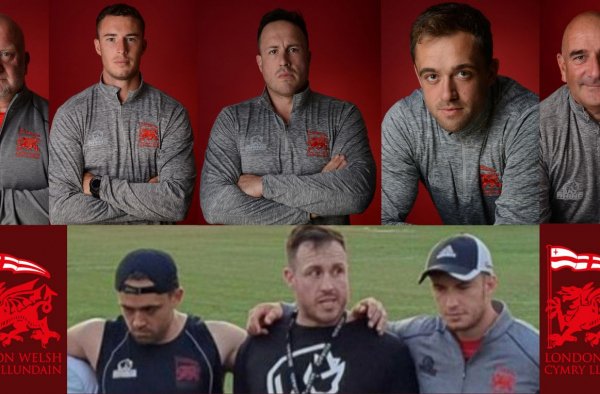 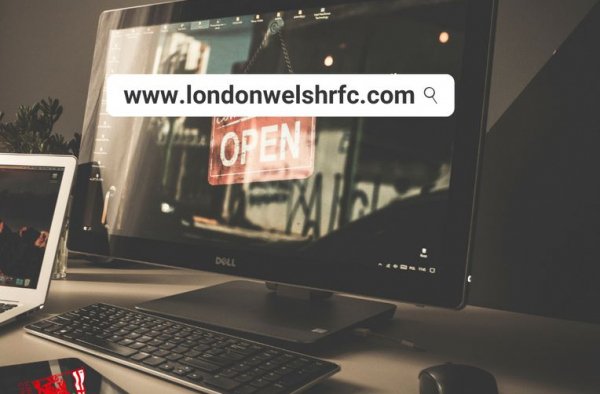