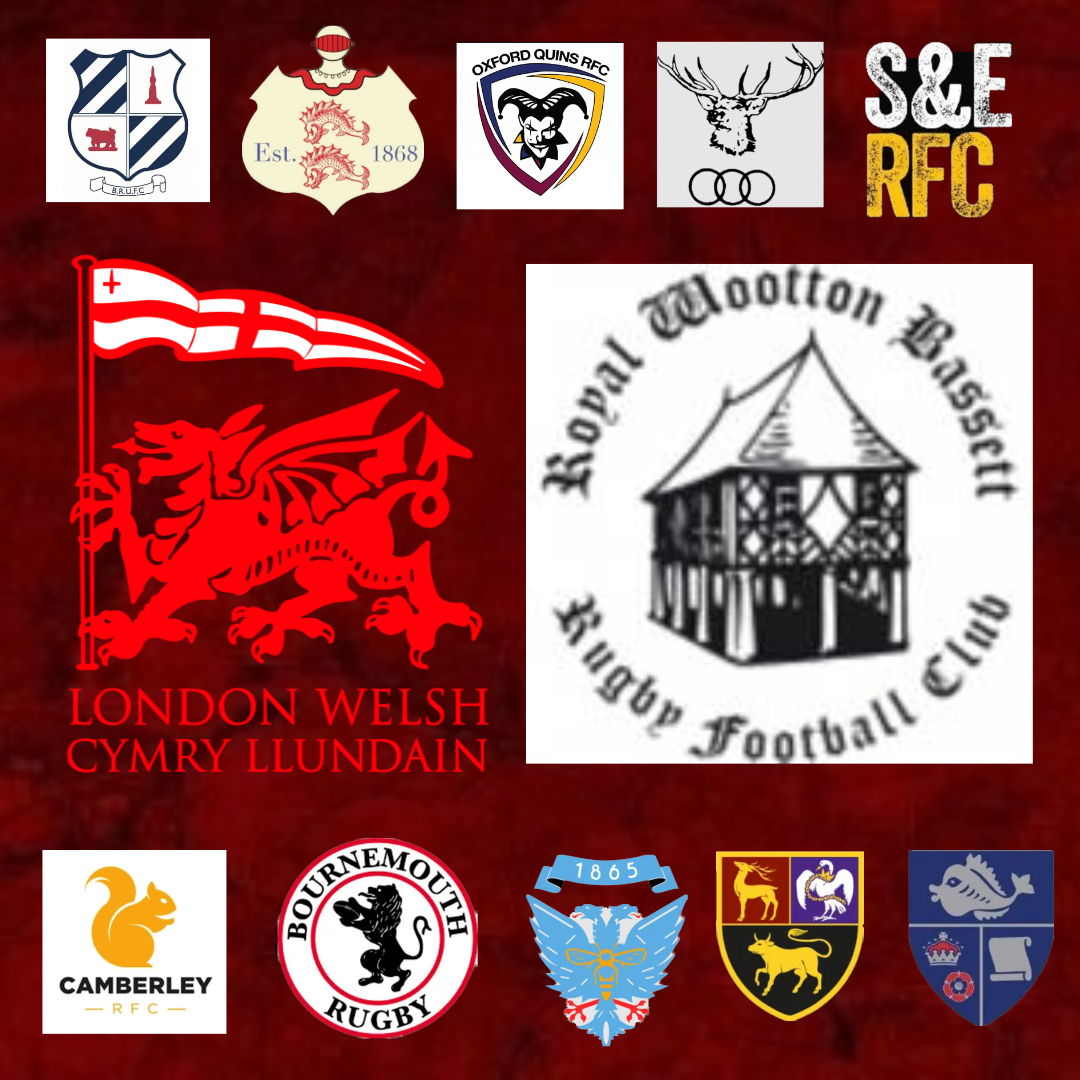 December heralds the turn around point in the season for London Welsh and therefore the first repeat fixture of 2022/23. Royal Wootton Bassett are guests at Old Deer Park as Round 12 sees the reverse of the fixture from Round 2 in September when Welsh took the spoils by 22 points to 12.

It is emblematic of a season disrupted by extensive injury thus far, that none of the try scorers from Round will appear on the team sheet this weekend (Daf Manley, Jack Anderson and Louie Groark).

Th reverse fixture was a frustrating match for Welsh as they failed to attain the bonus point that their dominance of the game likely deserved. Welsh have found their feet over recent Rounds at level 5 and indeed have had the lead at half time in no less than 9 of the 11 fixtures so far.

Royal Wootton Bassett have also now picked up up two wins of their own, both coming at home in Rounds 7 and 9 and against Sutton & Epson and Banbury respectively. Despite the two wins, RWB find themselves propping up the league at the half way season marker, 3 points adrift of Sutton & Epsom and 7 point clear of safety in 10th placed Banbury.

RWB have scored the least and conceded the most point this season, having level transferred to South Central in the RFU league shuffle at the beginning of the season. RWB finished one from bottom in South West Premier last term, but were saved from relegation by the league changes. Level 5 is the highest that RWB has reached in its just over 50 year history, seeing promotions in 2015/16 and 2019/20. This weekend will be RWB’s first visit to the famous Old Deer Park at senior men’s level rugby.

In their last outing RWB went down at home to Brighton and taking no points from that match.

Th Exiles continue to suffer from injury and suspension but the match day squad will be graced by the returning Aussie Rohan Pixley. The two time player of the season plays for the first time in over a month, bolstering the backrow. There are also returns to action for Tom Thorpe who is added to the bench following completing concussion protocols. Griff Whitson continues at 6 having overcome a fitness test on his elbow. Dafydd Manley continues his 4 week suspension and the games comes too early for Rhys Howells, Tommy Williams, Iwan Humphreys and Jack Burnett. Top try scorer Sion Cowdy (Ireland 7s) and Conan Osborne (Princess of Monoco Select VII) are both away on 7sduty in Dubai. In the other changes from Round 11, Jacob Butler and Charlie Bramble are both unavailable.

Round 12 sees a debut for Max Swan on the wing, following some impressive performances this season for the Druids. Osian McAvoy will play his 12th consecutive game as he starts at 10 once again, currently Osian is 10 points behind Manley in the top points scorer stakes, but boasting a 73% success rate from the tee.

Welsh start the weekend 8th in the table, 6 points clear of 9th place and only 4 points away from 6th – which is the highest that Welsh could climb with a bonus point win and depending upon other results; all to play for!

We will be welcoming to our pre match lunch and entertainment Leo Johnson (the British Paralympian and world champion), along with Club President and Wales and Lions legend John Taylor.

The gates will open from 11am with all food kiosks and bars opening at the same time. The pitch side bar will be open from 1pm and leading up to our Kick Off at 2pm.

Members please remember to bring you membership cards with you for free access at the gates and your discount cards for members discounts at the bar. We very much look forward to seeing the London Welsh family out in force on Saturday as we enter the second half of the season. 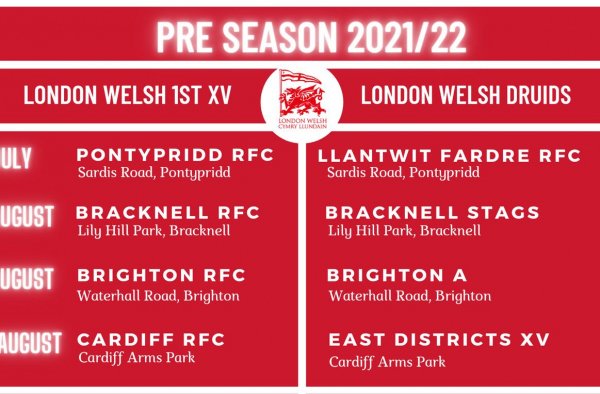 An action packed fixture list makes for an incredible line up for Pre Season as we reignite old bonds!…