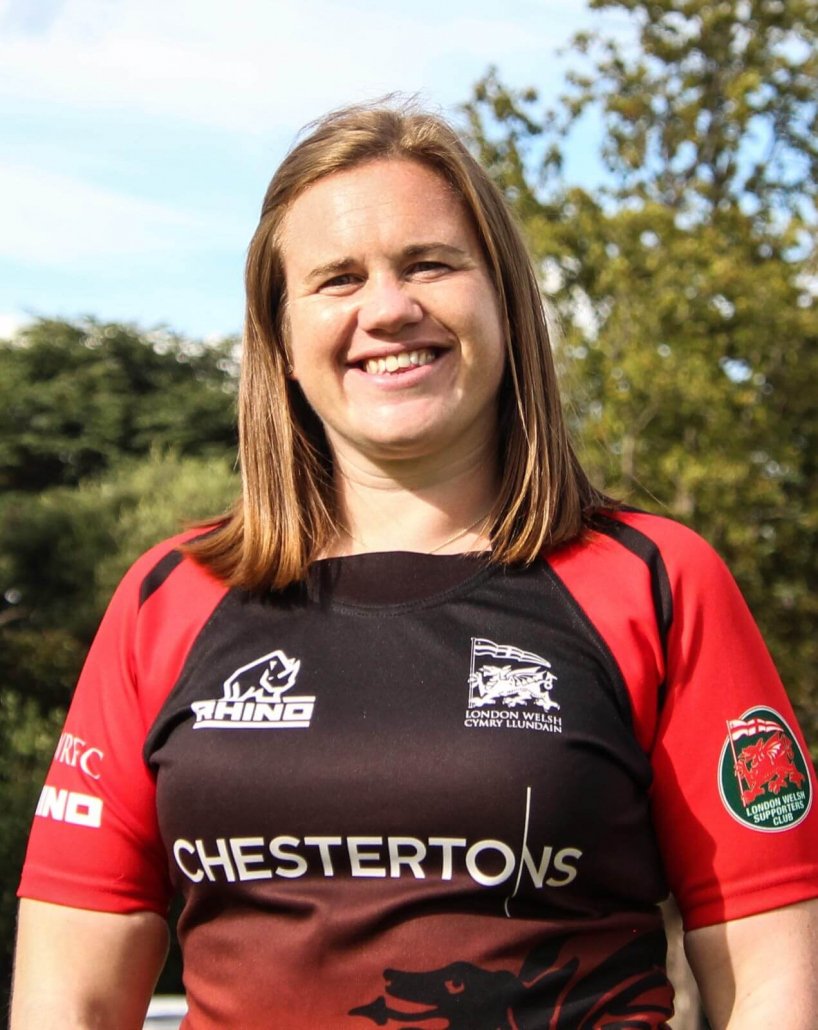 How did you find rugby?
When I first went to university, my sister - who is two years older than me - said that I had to join a sports team as it would really 'make' my uni experience. My main concern was which sport would I be decent enough at to join the team, having not been physically active since leaving secondary school! Football requires you to be super-fit and fast, I didn't think I should play a game with sticks in involved so that was hockey out and I wasn't skinny and blonde so didn't match the netball girl stereotype! But rugby seemed to cater for all shapes and sizes, plus was full of contact which I thought I would enjoy - so I went along and the rest is history!

What brought you to London Welsh Women?
I'd played for another club for about 4 years but decided I wanted to have a bit of a break from rugby (although I now can't fathom why...!) By chance I ended up going to a 7s tournament with some friends and a load of the LWWRFC girls who were super-fun and reminded me what a great laugh being part of a rugby team is. They convinced me to go along to pre-season training and now it's 8 years later and I'm the Club Captain, so I guess you could say that London Welsh was responsible for rekindling my love of a lifetime!