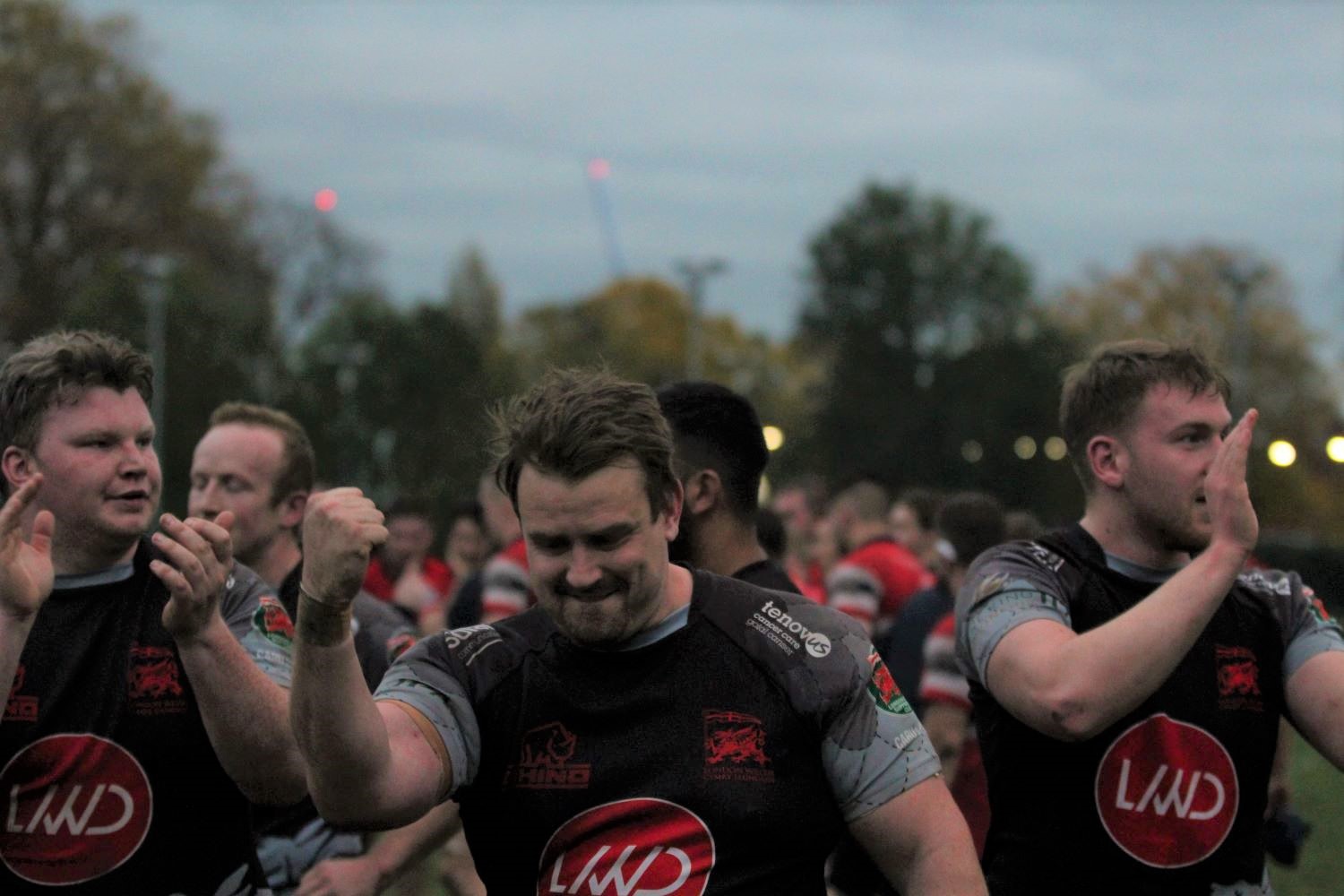 Welsh entered Round 10 of the London 1 calendar in buoyant mood having won all 8 of their opening league matches, 6 wins coming with the additional bonus point. Moreover, having blooded 40 players from the Performance Squad in the first 6 rounds (including 18 debutants), the last 2 rounds had started to see a more settled side and some form appearing off the back of this.

However, match week 10 proved to be the most difficult so far in terms of 1st XV squad injury and availability with ten 1st XV regulars unavailable for selection.

On the plus side we did see the timely return of Tom Baldwin and James Buncle to the pack – both having missed the last 3 rounds of matches.

Against that backdrop the squad was still strong to take on a Hammers side that were unbeaten in 5 and had gone almost 3 years unbeaten at home.

On the day conditions were cold and blustery at an exposed Hurlingham Park but the beer and pre match food was in plentiful supply as the London Welsh regular cohort filtered in.

Welsh started the game kicking into a slight wind and in the opening 5 minutes looked to have their game faces firmly on. Successive sets in the Hammers 22 looked to be building for an early score and the perfect start.

However, over eagerness proved costly as a hurried pass in the back line was intercepted by Tim Russell on the Hammers wing who showed good pace to run the ball in from 80 metres! The try was converted and Welsh found themselves 7 -0 down within 5 minutes from almost the only Hammers touch of the ball!

Thankfully this error did little to daunt the Welsh players. The restart went deep into Hammers territory and a powerful Welsh pack forced Hammers to concede a penalty in their 22. Welsh went for an attacking line and from the resulting forward surge Adam Nixon (who was excellent all day at 9) hit a short line to big and powerful winger Tom Hunt who crossed for his 4th of the season. Osian McAvoy converted brilliantly from the touch line to even the scores.

The following 20 minutes was all about London Welsh who spent the entire period in the Hammers half. Great endeavour and powerful running was evidenced but the final pass often alluded (which evoked memories of the previous week and the first 20 minutes against Medway).

The second Welsh score of the day did finally come on the 25 minute mark and consecutive Welsh penalties went to the corner for attacking Welsh lineouts. On 3rd phase from the second attacking line Welsh piled over and with little the battered Hammers defence could do; Captain for the day James Buncle on his return from injury and International duty came up with the ball. McAvoy converted.

Welsh were now controlling the game and from the restart a superb clearing kick (nixon) and even better combined Kick chase from Paolo Peschisolido and Rohan Pixley, put Hammers under further pressure in their 22 and they turned over the ball. After several abrasive phases from the front 5 the ball spread to Pixley at 1st receiver and the Hammers defensive line had simply run out of number- Pixley ghosted through unopposed having hit an excellent line. McAvoy added the extras and Welsh led 21-7 after 30 minutes with eyes firmly on the bonus point 4th try.

Unfortunately, an auto reaction from James Buncle in defence from the restart resulted in a yellow card for a trailing arm and high tackle; the big Norwegian in the bin for 10 and Welsh down to 14. The result of the card was a more even game and Hammers regained some stability and confidence.

Despite the card Welsh managed to see out the first half without conceding and at the break Welsh led 21 – 7 with 4 minutes remaining on the sin bin. This was very much a deserved half time lead with Hammers not really looking likely to challenge aside from the interception.

The second half was a different story, no doubt with some good old fashioned blood and thunder from opposition DoR Mark Jackson at the break Hammers came out firing. Determined to make the most of the man advantage Hammers got the early score that they needed in the half. An truly excellent move in midfield from the Hammers with an intricate centre dummy switch opening the Welsh defence for another long range Try for Hammers Centre Joe Carolan. The conversion was missed and Welsh led 21 -12 with 43 minutes on the clock.

This was a tough period for Welsh and fluidity was lost with hooker Jack Burnett forced off with a knee injury, replaced by Jag Mahal. This did summon the return from the bin for James Buncle and Welsh reinstated to 15 men.

On 52 minutes Welsh were frustrated by lack of clinical finishing having had a good period of pressure Jag Mahal found himself over the Hammers line only to knock on in the act of scoring.

The middle part of the second half was a scrappy affair with Welsh increasingly being pushed further back into their own territory. A number of penalties and a not straight line out throw compounded the momentum swing to a chasing Hammers side.

Hammers had several near misses in the Welsh 22 as they pushed for their 3rd try, and heroic defence at times was all that kept out a hungry and organised opposition, encouraged by a partisan home support.

It was the 70th minute before Welsh finally broke with the Hammers outside half crossing for a converted Try that made it a 2 point game with 10 to go.

Having absorbed 15 minutes of solid and unrelenting Hammers pressure Welsh now looked to see out the game in the Hammers half. The last 10 heralded two first team debuts in the form of second row James Roberts and Wing Deiniol Jones, who in the absence of many first team regulars grabbed their opportunity having performed well all season with the Druids (but this was not an easy situation to make your debut!).

In true London Welsh fashion (something that has set this side apart over the last 4 seasons following project reset) the Welsh players immediately reacted and showed great steel to bag their 4th try and a bonus point.

A determined restart chase gave Welsh lineout ball just outside the Hammers 22. The ball was brought infield from the line but quickly flashed back to the blind where impressive winger Sion Cowdy outstripped the cover to cross for his 3rd try in 2 games. The conversion was missed and Welsh led by 7 with 8 minutes plus injury time (26-19).

Welsh effectively sealed the game from the restart. Adam Nixon (who controlled the game well all afternoon) put a wonderful low clearance kick to the half way that remained in play. Lloyd Davies and the following backrow of Pixley and Matt Williams showed excellent fitness to follow up and isolate the Hammers fullback who was held up. The resulting possession was used to good affect.

Welsh gained penalty advantage and eventually an attacking line at the Hammers 5 metre line. The ball went from one corner to the other and in a manic last 5 minutes with ferocious intensity from both sides, Sion Cowdy appeared on Adam Nixons shoulder to dive over from close range (his 4th try in 2 games). The conversion was missed from wide and Welsh led 31-19 with 2 minutes plus injury remaining.

The last embers of the game were somewhat bizarre! The Hammers 9 frustrated with the previous Welsh score was carded for swearing at the referee and that was the end of his day. However, in a frantic finale Rohan Pixley was also carded for Killing the ball in the Red zone from a deep Hammers restart. This gave the opposition the platform with both sides down to 13 and 14 men respectively. The final act of the game handed Hammers a losing bonus point for a deserved 4th try amidst the disarray that the game had found itself.

Welsh will leave Hurlingham Park and round 10 with another bonus point win on the road against a good Hammersmith & Fulham side who will be tough for rival promotion hopeful sides to beat in West London. Hammers take the most points that any side has taken in a league game this season against Welsh with both a try scoring bonus and losing bonus point (indeed only the second side this season to take any points at all in a league game against London Welsh).

Welsh will reflect on a job well done and move on to Round 11 with their unbeaten run intact. Welsh can also now look forward to the majority of their missing hoard of players returning following next week’s rest week and to incredible competition for places.

Standout performances on the day came from: Rohan Pixley at 7 who was excellent as ever bagging a try for his troubles. Sion Cowdy who again showed his class and pace to add another brace of tries to his growing reputation. The returning James Buncle was very solid in the scrum and also added a try to his tally. Mentions in despatches also for Tom Hunt, Matt Williams and Matt Pollen who were typically strong and uncompromising. It was also good to see New Zealander Tim Ross return to the side after some time.

However, London Welsh Player of the Match goes to Adam Nixon at scrum half who showed all of his experience and quality to run the game at 9. A commanding performance from a player really in form.

Welsh now have a rest week and will next be in action at Home at Old Deer Park on 27 November KO 2pm against Farham RFC. Details of the big round 11 match day will follow in the coming week on all media formats including booking details for the pre match lunch and entertainment. 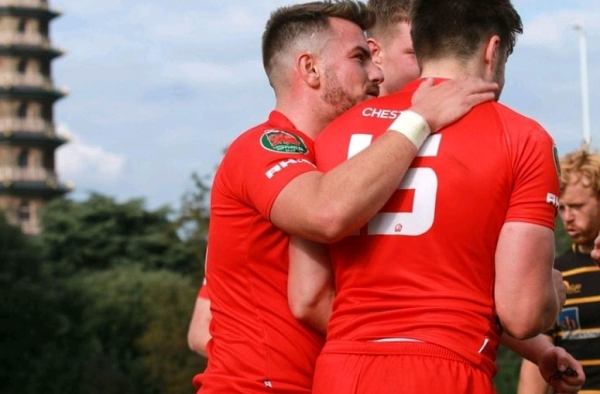 The weekend break from league action was most welcome after the hard-fought win at Hammersmith & Fulham, with a… 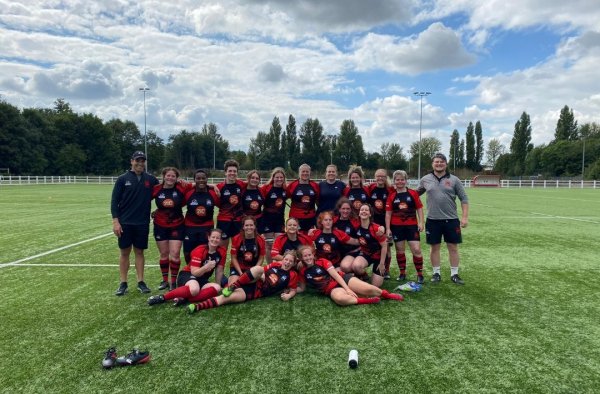 This Sunday sees the welcome return of London Welsh Women to ODP, for their first league game of the…