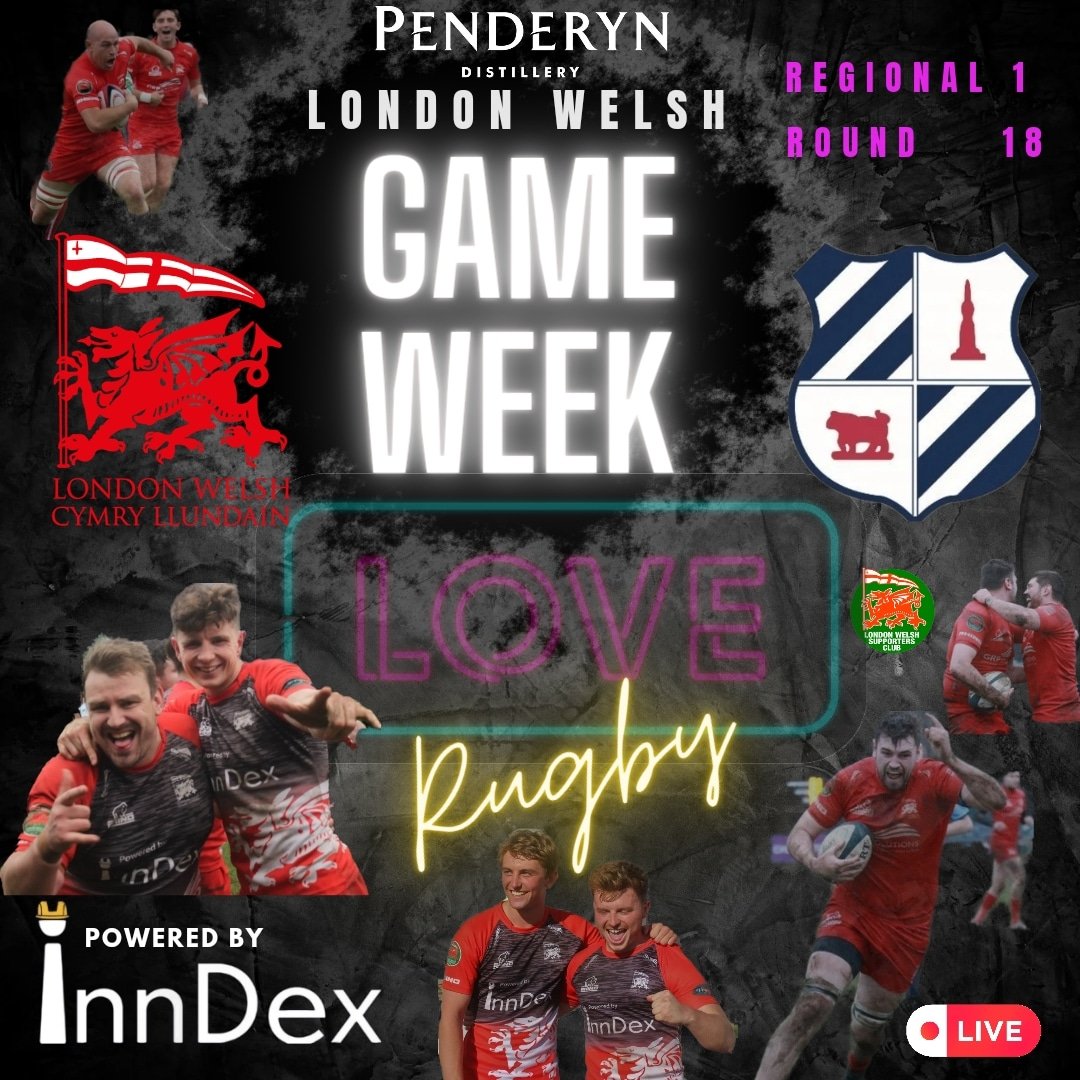 Following the untimely interruptions of Mother Nature last weekend in the big freeze off, Welsh look to get back to business this weekend as the league returns to Old Deer Park and a first visit to Old Deer Park for Banbury RFC.

Welsh go in to the weekend fixture sitting 6th in the table and with 33 points; 6 wins and 1 draw, backed up with 7 Bonus Points. Banbury sit in a slightly precarious position in 10th place just above the drop zone with 21 points coming by way of 3 wins and draw draws. However, Banbury have played 2 fewer games as a result of the weather so far this season and two wins in those fixtures could make a big difference; although they do have to tackle Camberley, Wimbledon and Havant in their run in! Banbury have scored the 2nd fewest points for in the season thus far (278) and have conceded more points than any other side (504 – an average of 36 per game).

Prior to the 2022/23 season the two clubs have never met in senior league rugby and Banbury have never graced the hallowed turf at Old Deer Park. In the reverse fixture in Round 8, Welsh took the Bonus point victory by 34 points to 24, although the home side did pick up a point for scoring 4 tries with a Try in the last play of the game.

Banbury were excellent hosts at Bodicote Park where they have an excellent set up and a keen swell of supporters. Established in 1925 (40 years after London Welsh), Banbury were promoted to Level 5 at the end of the 2021/22 season along with Oxford Quins and Bracknell, finishing 2nd behind Quins in Tribute South West 1. Banbury historically have switched periodically between the midlands leagues and the Southern (London) leagues – being promoted from Level 7 and Midlands 2 in the 15/16 season. Level 5 is the highest that Banbury have reached in the RFU league pyramid since the inception of league rugby.

In squad news, we have nothing but good tidings this week! Slowly but surely the performance squad has been returning to fitness having had a torrid time in the first 10 Rounds with at times up to 15 players unavailable due to injury, including some career ending and nasty knocks! This weekend sees the return to fitness of Jack Burnett at hooker, Tololima Savaiinaea in the centre, Hywel Williams at 9, Myles Keane in the front row, Ben Watts in the second row and Ewan Gully in the centre. This follows the returns of Tom Hunt to the club from Dorking having played in Nat 2 for the first half of the season, Kiwi Tim Ross who has returned from 6 months abroad and Andy Black who has been away for the last couple of rounds. The Exiles can now count their injuries on one hand for the first time this season! However, the side will be without Hooker Gareth Lewis who is otherwise who is out of the country.

Selection this weekend will be extremely interesting with incredible competition for places.

The scene is set for what will no doubt be another cracking match at Old Deer Park, join us for our famed Match Day experience and pre match lunch – you can book lunch through the website HERE https://www.londonwelshrfc.com/events-list/

The Druids 2nd XV are also at home this weekend with a 1pm KO on the 2nd XV pitch against Rosslyn Park B’s in the Merit Premier League.

We look forward to seeing as many of the London Welsh family with us as possible to give warm cheer for your London Welsh!

Kick off 2pm – gates open from 11 am with all club bars ready to go on arrival ! The pitch side bar will be open from 1pm. A reminder to al club members to bring their membership cards with them for entry at the gates. 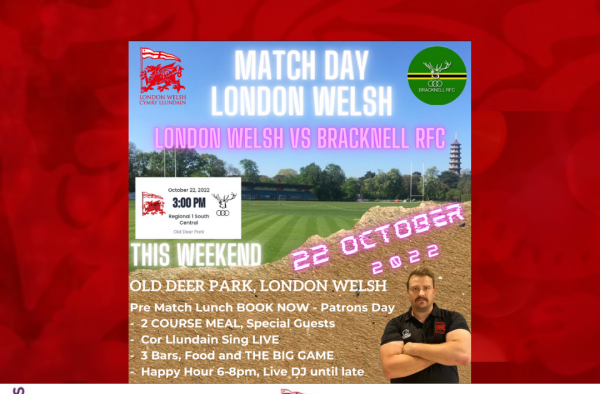 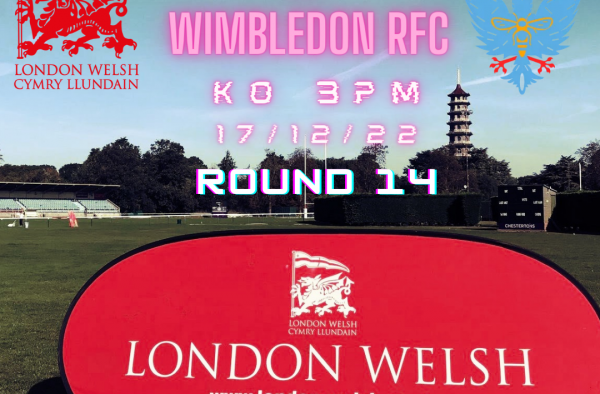