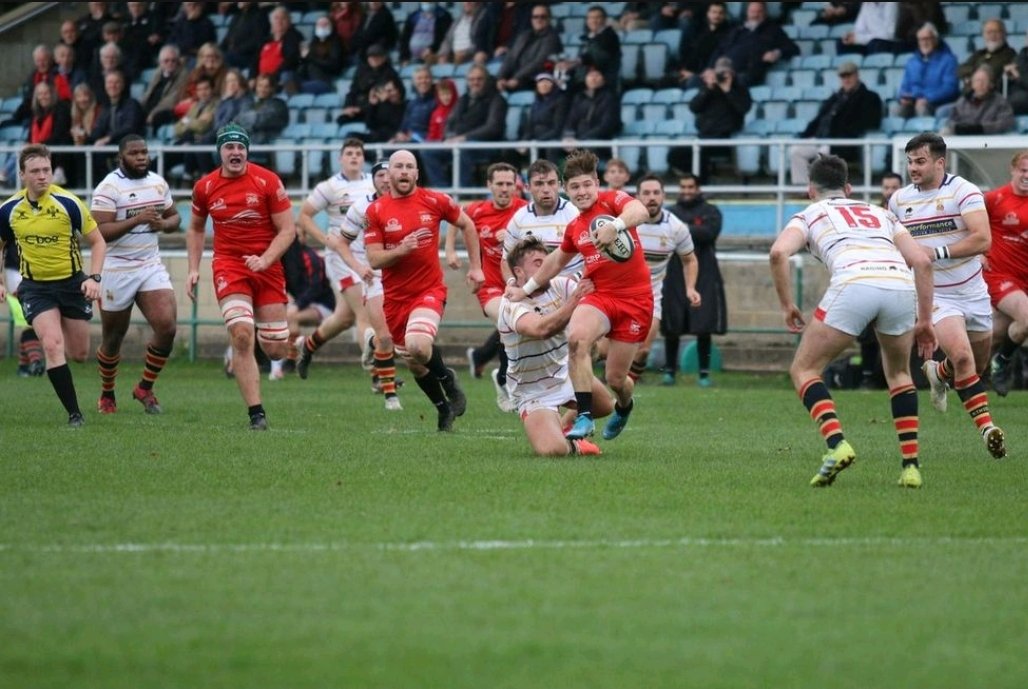 London Welsh continued their winning start to the season with a 36-12 victory over KCS Old Boys in Round 7. The bonus point WIN took Welsh 6 points clear at the top of the league.

However, Welsh far from had the match all their own way as an impressive and organised KCS side caused significant problems during periods of the game.

Welsh welcomed back most of the long term injury list for this match with: Tom Williams, Sion Cowdy, Ben West and Will Ponty all starting after extended periods on the sidelines. This indeed is very likely the strongest side that Welsh have fielded this season to date, that indeed told during the game as Welsh looked dazzling at times and were comfortable winners come the final whistle.

Welsh got off to the perfect start just five minutes into the match, thanks to a penalty try. After winning a penalty, the home side went for touch. From there, a fantastic maul was too much for KCS, as Welsh were creeping closer and closer to the try line. Old Boys’ only option was to bring down the maul illegally, which meant that the referee had no choice but to award the penalty try.

Eight minutes later, the Exiles got another through Adam Nixon. Welsh won a line out deep in the 22, thanks to a grubber kick, which Welsh chased well. From the ball, Nixon picked and went, and thanks to a dummy pass, and a good side step, the scrum half scored a walk over try, and his first at Old Deer Park. Lloyd Davies missed the conversion. 12-0.

On the seventeen minute mark, the home side scored their third try through Sion Cowdy. Winger Paolo Peschisolido intercepted a KCS pass and quickly laid it off for Cowdy, whose pace was too much for the opposition full back and Cowdy scored just outside the posts. That was Cowdy’s fourth try in two matches, after scoring a hat trick for the Druids last weekend. Davies added the extras, 19-0.

Welsh did have the opportunity to add to their lead mid way through the first half, but all of their chances were well defended by KCS.

On the 36th minute however, Welsh got their bonus point try. Welsh had a scrum just five metres from the try line. Nixon quickly passed the ball to Tom Hunt, and the winger muscled his was to the try line directly from the pass off the base of the scrum. Davies’ conversion made it 26-7.

On the brink of half time, KCS got their first try of the game. Old Boys had a scrum in the Welsh 22, and thanks to an overlap, scored in the corner. With the extras slotted over, it meant that the half time score was 26-7 in favour of the home team.

Six minutes after the break, Welsh got their fifth try of the game. The home team attacked a maul well in the 22, which again, KCS struggled to defend. Hooker, Jack Burnett eventually crashed over the white line. Davies missed the extras. 31-7.

KCS had an opportunity to score another after a series of phases, and penalties, deep in the Welsh 22, but, the Exiles defended well and held the ball up at the try line, and were eventually able to deal with the away teams’ pressure.

Eight minutes before full time, the Exiles got another. KCS won the ball from a Welsh attacking maul in the 22. They tried to counter attack, but thanks to good pressure from the Dragons, and a wayward pass, the home team picked the ball up, and replacement Osian McAvoy scored in the corner. Davies missed the conversion. 36-7.

On the brink of full time, KCS get their second try of the contest. The extras were missed to make the final score 36-12.

A fantastic game of running rugby brought the best that the London Welsh faithful has seen out of the side this term. A blistering 1st 40 was not quite matched in the 2nd half but the side are now showing the signs of benefiting from a more settled and regular line up.

Having used over 40 players in the first 7 games DoR Cai Griffiths now seems to be settling on his match day squad. There were some excllent performances for the crowd of nearing 700 and it was pleasing to see Captain Tom Williams get his first start in the Red Jersey. Sion Cowdy on his return to the first team from a spell injured and in rehab with the Druids, showed what a class act he is on the wing and what he can do with the ball in hand at almost 6’5 in height!

Nixon at 9 was impressive again as he brought all of his national league experience to the fore. An excellent display again from Jack Anderson and also Mr consistant Rohan Pixley.

Man of the match though went to the not so gentle giant Andy Black in the front row. A dominant scrummaging performance combined with dynamic running that proved too hot for the KCS defence on a number of occasions.

KCS were very impressive though in this game and stand as testimony to the step up in quality that Welsh have experienced in the move to London 1. KCS will cause all of the leading sides in the league problems and the return leg will be a tough endeavour. Thank you to the travelling KCS supporters for helping make the matchday experience at Old Deer Park so special, as always. Also a big thanks to BBCs Chris Jones for his attendance and for speaking at the pre match Patrons lunch.

Welsh now move to a break week and look forward to a return to ODP for Round 9 and a top of the table crunch match against second place (and also unbeaten) Medway. With the squad now all but at full strength, Welsh approach the match on the 6th of November in excellent shape for what will no doubt prove a crucial game come the end of the season! 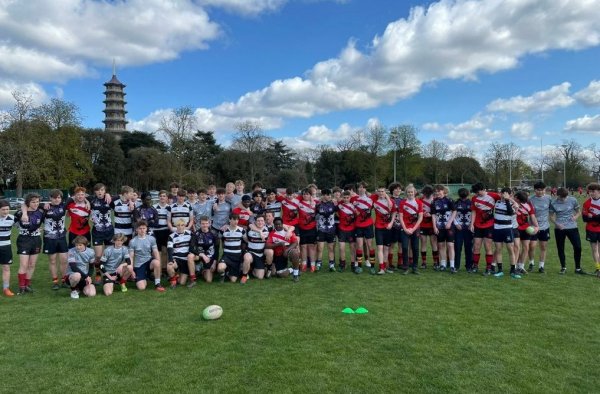 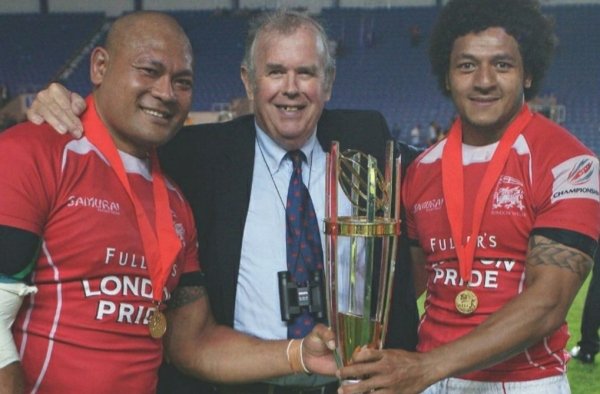 Former Club President and Benefactor speaks to the POD in his first club interview since stepping down in 2017.…