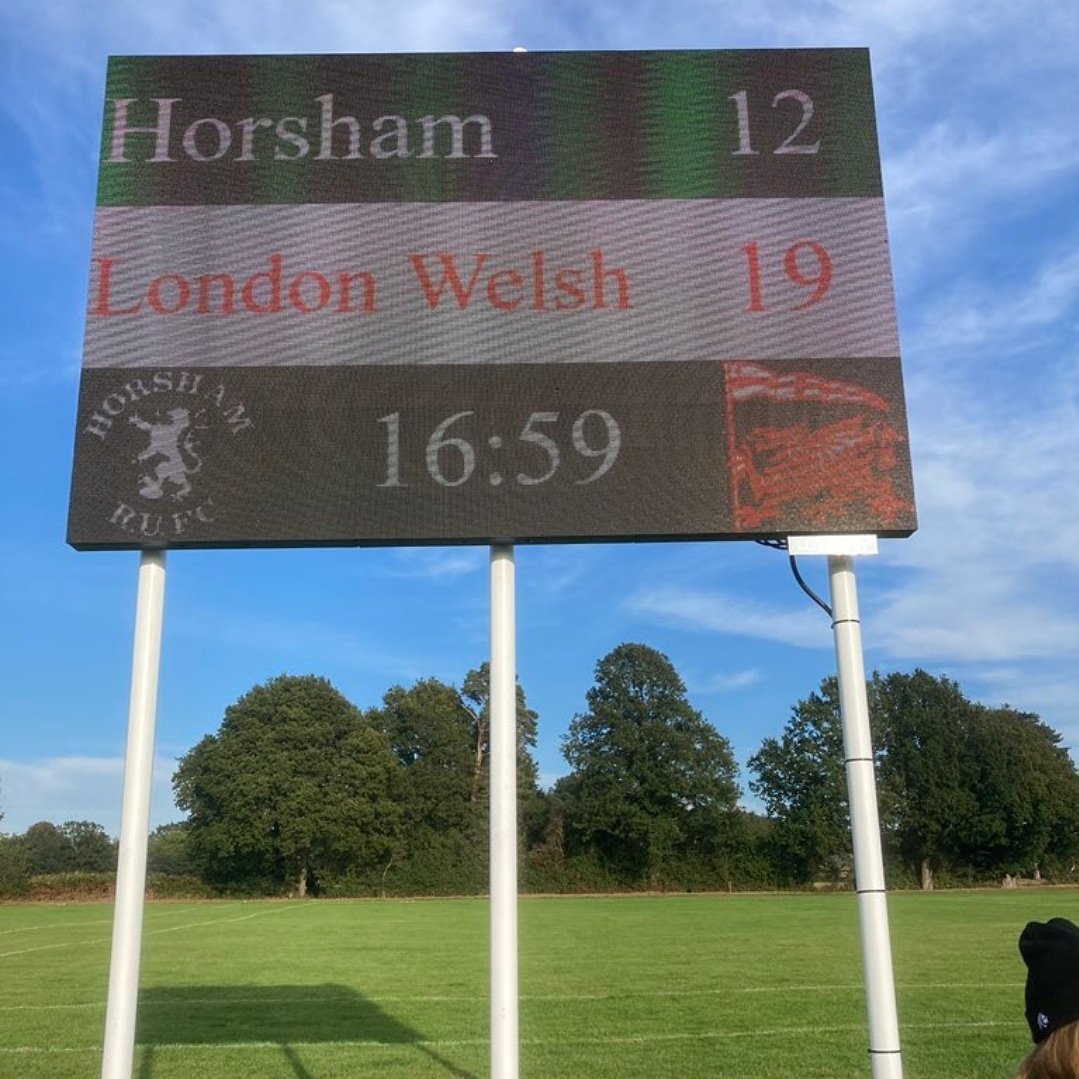 A sunny afternoon and a warm welcome greeted London Welsh at the Coolhurst Ground but on the pitch Horsham proved the toughest opposition so far.

London Welsh got the game underway and a series of kicks from hand by both teams filled the opening minutes. Horsham had the first chance of points when awarded a penalty within kicking distance and centre Oliver Chennell stepped up to open the scoring.

Welsh efforts over the next five minutes threatened the Horsham line but ultimately fell short. A penalty kick took them to Horsham’s 22 and Elis Staines, on a burst through the centre, was stopped just before the line. Rowan Pixley was next to get close and although he too was kept out Welsh were awarded a penalty in front of the posts. The opportunity to level the points was declined and a tap and go let the pack make ground and although it looked that the ball had been successfully placed over the line the referee decided that it had been held up and Welsh came away with nothing.

A scrappy period of play was brought to an end thanks to another tap penalty and quick hands through the backs. Speedy wing Paolo Peschisolido was on hand to receive the pass and nip over the line for his fourth try of the season. Osian McAvoys conversion drifted wide and the visitors held a 5-3 lead with 18 minutes played.

Horsham were straight back on the attack from the restart, their backs slipped through Welsh tackles and only a wayward final pass gave Welsh a lucky escape. London Welsh moves were brought to an end by too many handling errors but the lineout was working well and allowed the forwards to set play for the backs to run through the set plays rehearsed in training. A yellow card for Horsham’s number 5 gave Welsh an extra man in the pack and they put this to their advantage when awarded a penalty in front of the posts and opted for a scrum. Another penalty and then a knock-on gave the forwards three scrums in a row and they took control to create the space for Tim Ridler to break through the midfield and add the second try of the game with ten minutes of the half left. McAvoys conversion pushed the score on to 3-12

Horsham’s penalty count took its toll on the home team and Welsh started to spend more time at the right end of the pitch but again handling errors ended any chances. A scrum for Horsham was followed by a free kick and they were soon back deep in the Welsh half. A penalty for holding on gave Horsham the final points of the first half and the teams changed ends with Welsh 6-12 ahead.

Horsham started the second half with a spell of good possession but it was Welsh who had the first advantage with a penalty kick to touch. A lineout and two further penalties looked to be bringing the third try but once again handling errors ended Welsh hopes. The visitors were struggling to keep their structure as Horsham continued to put them under pressure and when a penalty kick at goal bounced off the upright to go over the bar the game could have gone either way.

Horsham may well have taken the lead when a quick penalty left the Welsh defence outnumbered but failure to make use of the extra man out wide saw another chance missed. The penalties were now going against Welsh and it took all their defensive efforts to keep Horsham out.

Welsh fortunes started to change when a penalty kick took them back into Horsham’s half and from the lineout numerous well-worked phases of play edged them towards the line. Their first opportunity of the half saw Elis Staines get over the try line but when he was unable to ground the ball the referee called play back for a penalty and Horsham’s Michael Tredgett received his team’s second yellow card of the game. Welsh heads were now up and, despite confusion when the referee awarded a try and then changed his mind and disallowed it, they played with confidence again. Only one more attempt was needed to get over and this time there was no doubt as replacement Jacob Butler showed his pace through the middle and scored under the posts to give McAvoy a straightforward conversion.

Both teams were now looking for the bonus point – Horsham needed to narrow the gap to within seven points and Welsh needed one more try. The home side battled hard and when awarded another penalty took a successful kick at goal and put themselves within range of a losing bonus point.

The ball spent much of the final stages in the air as the teams exchanged long-range kicks up and down the field. A Welsh run at Horsham ended with a now very familiar handling error and Horsham too made mistakes handing Welsh the ball at a lineout only for the visitors to kick away possession. After almost two hours since kick off the referee brought the game to a close and Welsh came away with a 12-19 win and four league points.

London Welsh finished the weekend still top of the league, four points ahead of Camberley. Next Saturday we welcome Cobham to ODP. Kick off is at 3pm. 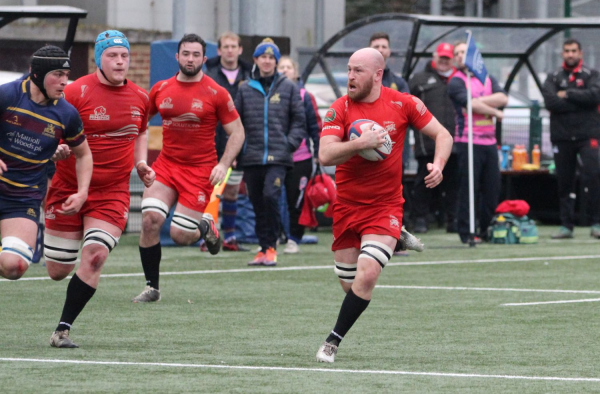 London Welsh continued their winning start to 2022, with a 46-16 victory away at Cobham. This was Welsh's 13th… 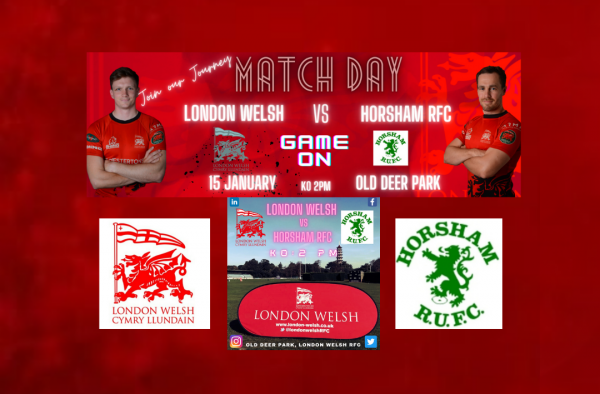 The thirteenth games of the season didn't bring bad luck for London Welsh or Horsham, our visitors this Saturday.…